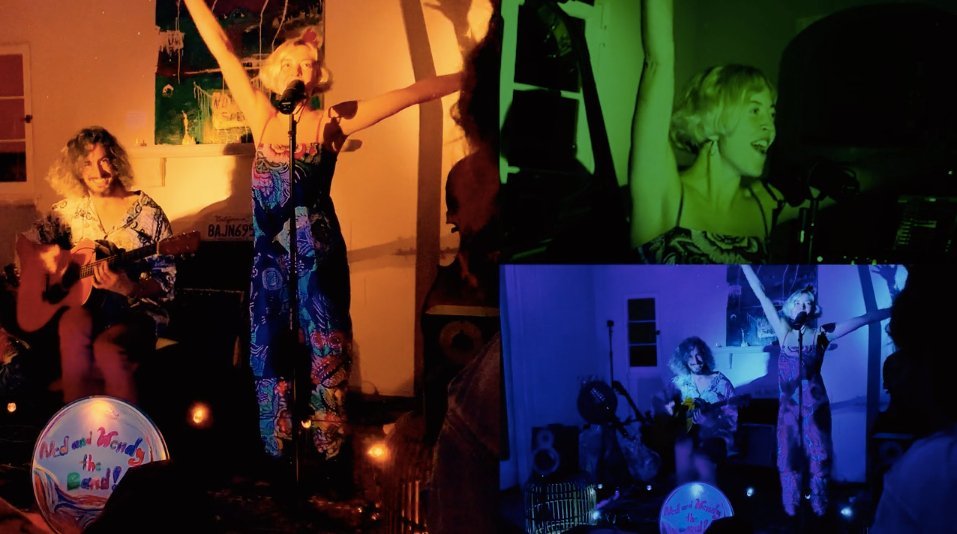 "We feel like this is the musical culmination of our individual and shared creative lives."

Ned and Wendy the Band!, a Los Angeles-based musical duo comprised of singer/songwriter Lindsey Ferguson and composer/producer Jordan Plotner, joined forces on songwriting remotely as a one-time project. The creative collaboration blossomed into a partnership, engagement, a 2-year shared LA lease, and over 40 songs written together, ultimately resulting in an intimate live living room concert recorded on the new album “Alive in Los Feliz”, which features the centerpiece track ‘Awake’. Just like the album, the single is an intimate live recording boasting jazzy and folky undertones, a stripped-back feel-good single that acts as the album’s capstone, touching on their gratitude for life.

Ned and Wendy The Band discuss the album, saying: “We feel like this is the musical culmination of our individual and shared creative lives. We actually had no intention of releasing the recording of this house concert as our debut album. For months, we’d been combing over hours’ worth of new music that we’d recorded together, trying to decide what songs would best introduce us as a band. Then we played this magical little house concert on the night of the big lunar eclipse of November 2021, and when we listened back to the recording, we knew that this is it.“

The beautiful striped back album and single ‘Awake‘ underscore the importance of how intimate their music is and bleeds of personal remarks and experiences that invite you to a lively snug private concert.