Singer-songwriter, Natasha Bedingfield announced the release of her highly anticipated first single, “Touch” off her forthcoming new album due out this fall. 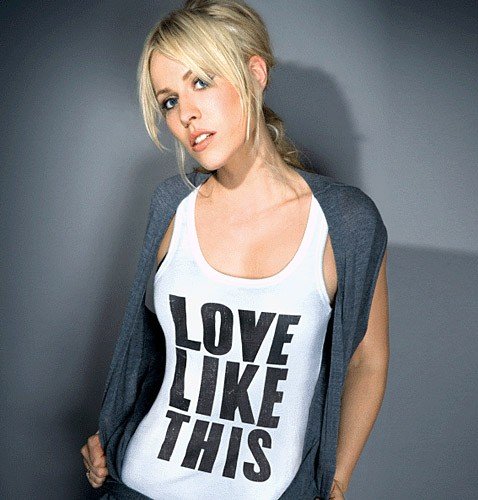 The track, which Natasha co-wrote alongside a stellar writing team consisting of Julian Bunetta and Steve Kipner, has been chosen as the theme song for the new NIVEA Happiness Campaign currently running through September.

“Touch” is currently available for purchase at iTunes, and was recently performed by Natasha on the Ellen DeGeneres Show.

Kicking off the summer season, “Touch” will be featured in NIVEA’s newest commercials for the NIVEA Happy Sensation Body Lotion and NIVEA Touch of Happiness Body Wash products.

“Touch” will also serve as the official song of the 2010 AVP NIVEA Pro-beach Volleyball Happiness tour that spreads happiness in 12 cities across the country this summer.

Since Natasha released her massive debut album, Unwritten in the U.S. back in 2006 she has sold more than 10 million singles and albums worldwide.

Her single, “Unwritten” became the most played track at pop radio in 2006, was the first #1 pop single in the U.S. by a British Female Solo artist in 19 years and garnered the singer-songwriter her first Grammy nomination.

Look for Natasha to head back out on the road this fall in support of her upcoming third studio release.
www.natashabedingfield.com