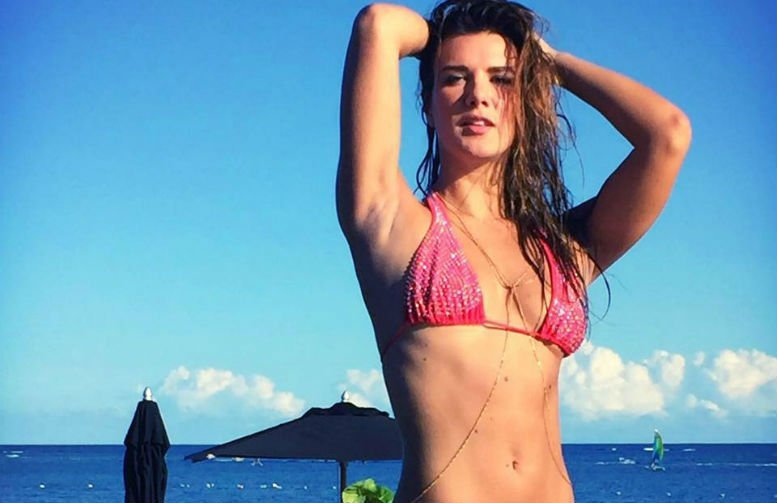 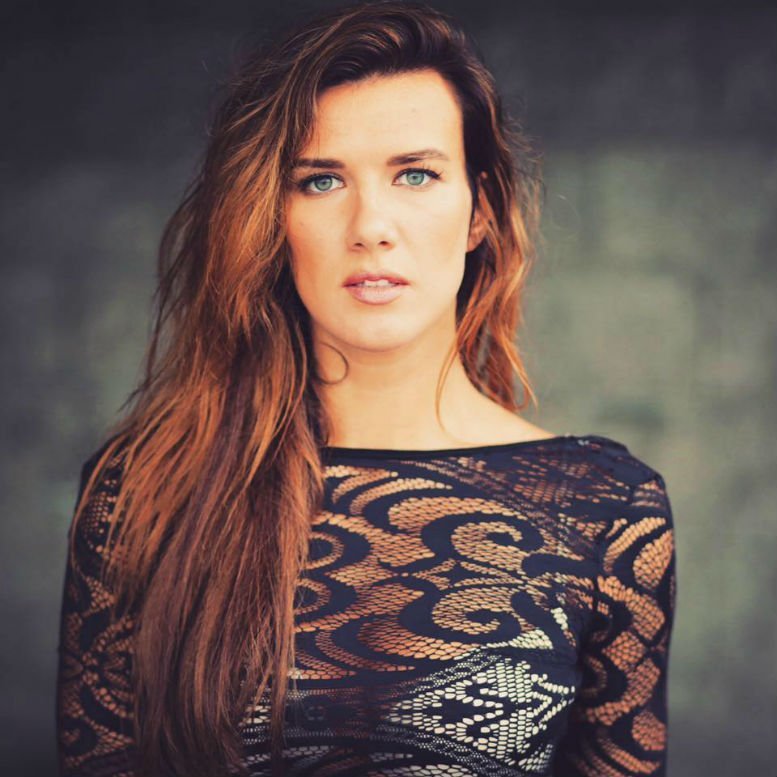 In ‘Left To Die’ – available now on DVD and VOD in the UK – Burn plays Billy Knope, a young woman searching for her missing sister awakens on a remote island with no memory of her abduction.

The producer, actress, prima Ballerina, choreographer, dancer, kick boxer and model, has making waves in Hollywood with a number of impressive performances in films including Expendables 3 with Sylvester Stallone, Arnold Schwarzenegger and Harrison Ford, Criminal with Kevin Costner and Tommy Lee Jones, and Mechanic Resurrection alongside Jason Statham and Jessica Alba.

How are you today Natalie? 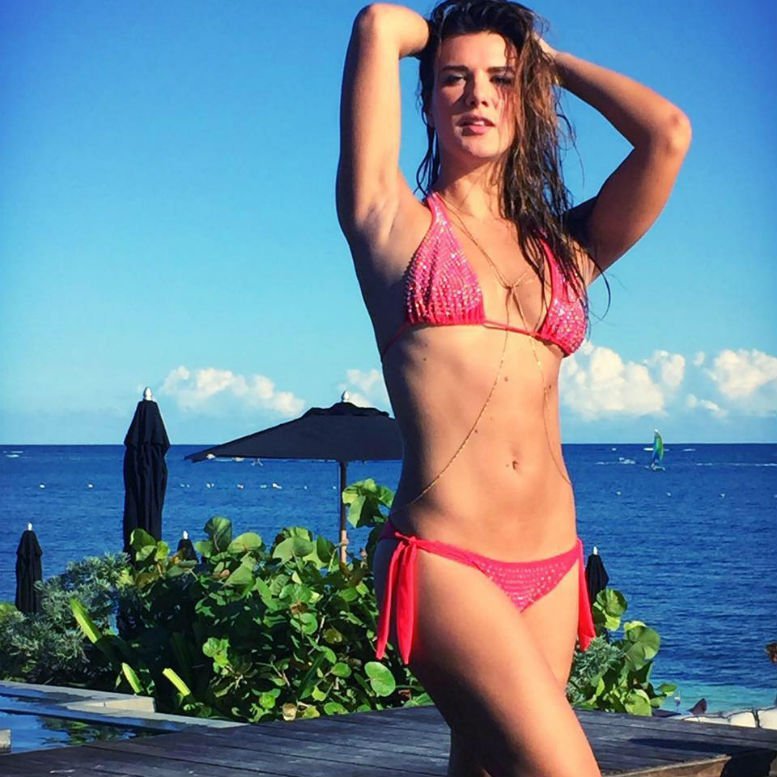 Some people are calling you ‘an action hero in the making’, what do you respond to that?

I like the idea of becoming an action figure. Someday I would like to inspire young kids to follow their dreams, as I was inspired growing up watching action heroes. I watched Van Damme movies growing up and I would love to get a reaction from my audience, as he did whenever he did one of his signature moves, like the 360 round house kick.  I like action and definitely won’t pass up on a good role, I think of myself as a versatile actress, we don’t have as many opportunities as men yet in the industry, but one good thing is women don’t get typecasted to the degree men do.

Can you describe yourself in 5 words? 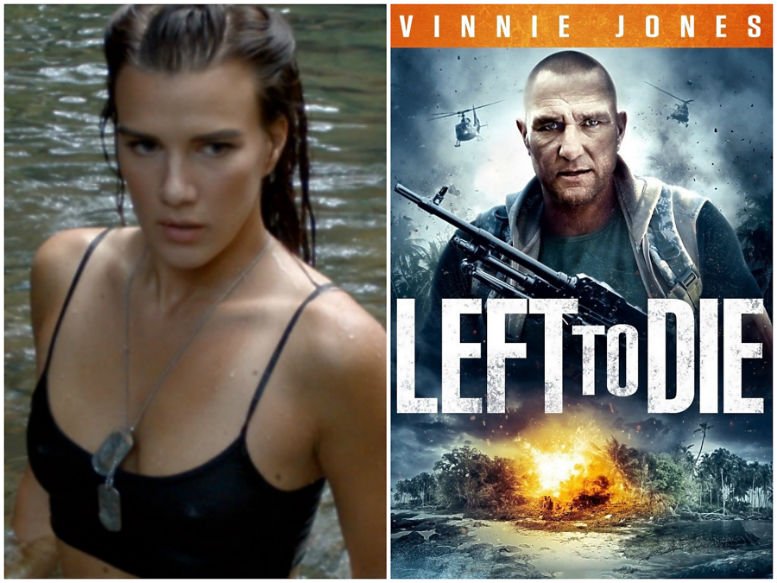 Your lead role in Left To Die alongside Vinnie Jones, Daryl Hannah, Edward Furlong and Robert Davi…Please reveal to us some behind the scene funny/interesting story?

A funny story, one day Vinnie Jones showed up 5 hours before his call time and I told him that he was way early. He looked at me and told me he had this important meeting he had to get to, so he wanted to shoot his scenes earlier and get wrapped for the day. As it turned out, the important meeting he mentioned was a day of golf with some buddies he hadn’t seen in a while – talk about being punctual!

Also another funny story: during one of the shooting days in Belize while shooting the opening shot of the movie, I was in really cold water and the weather wasn’t the best. I’m completely wet, freezing and ready to change clothes.

The location was on a deserted island in the middle of an open ocean and there wasn’t anyone on it besides the cast, crew, and a somehow lost three-legged lonely dog, which I had brought with me to the main island. After a cold trip back, I was finalizing the details with the owner of the boat we used. Eventually he said goodbye and left, and when I turned around, everyone was gone!

Funnily enough, without realizing, the two lead actors took the car I was suppose to be going back in and I wasn’t in it, I had no phone, no warm clothes, and no idea how I was going to get back to the hotel.

I waited two hours before finally I saw a crew guy come back because he had forgotten one of his tools. He was the one who took me back. I seriously wasn’t happy and I didn’t talk to the other actors until the last day of shooting haha!

Robert Davi, that guy knows how to lighten the mood – one night in the forest where we were shooting outside of Los Angeles, it was freezing and people aren’t the most pleasant to be around when it’s been a long day already and it’s so cold, but Robert was cracking jokes and saying off the wall things to make everyone laugh. He kept our spirits up until we finished the day. He is a lovely guy to work with. 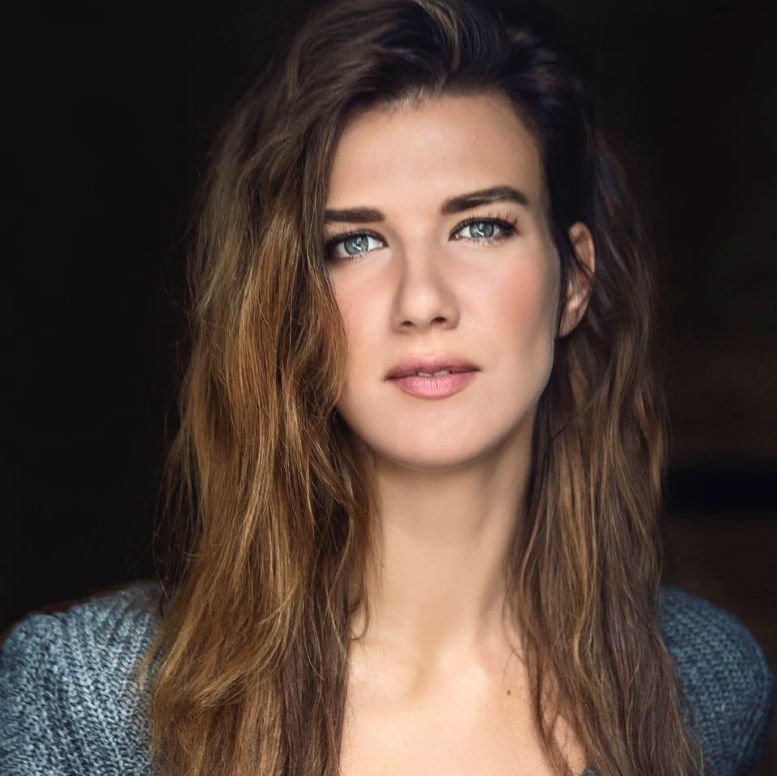 How do you react when you watch yourself in a movie?

I don’t like to watch myself; I have to force myself as a producer not to look at it as me but from a producer’s point of view.  Sometimes you have to cut a scene with yourself you really like because it just doesn’t work or for timing issues, even if I know in my head how much work went into that scene, but it has to be done.

It’s not always the easiest thing to do.  I do believe we are our harshest critics, so I watch myself as an actress for the purposes of learning and growing, seeing how I can improve on my performance.

How do you keep so fit? Any special diets and exercises?

I have to give credit to my dog! She keeps me busy by walking and running with her in the park everyday. It’s hard to find time for an extended exercise schedule like I used to when I was a ballerina –

I used to train six hours a day and sometimes even twelve. Now I have to fit it in when I can.  I love sweets, so I try to cut back on those, but I have a huge sweet tooth and it isn’t easy! But as I see it, it is my only vice as I don’t smoke, don’t do drugs nor drink. I do find time to do active things like salsa dancing in one of my favorite clubs in L.A., El Floridita.

I do manage to find time to swim when the weather is warm, and I enjoy playing tennis once in a while. Mainly, I keep active by being on the go constantly and going to the gym in the evenings. 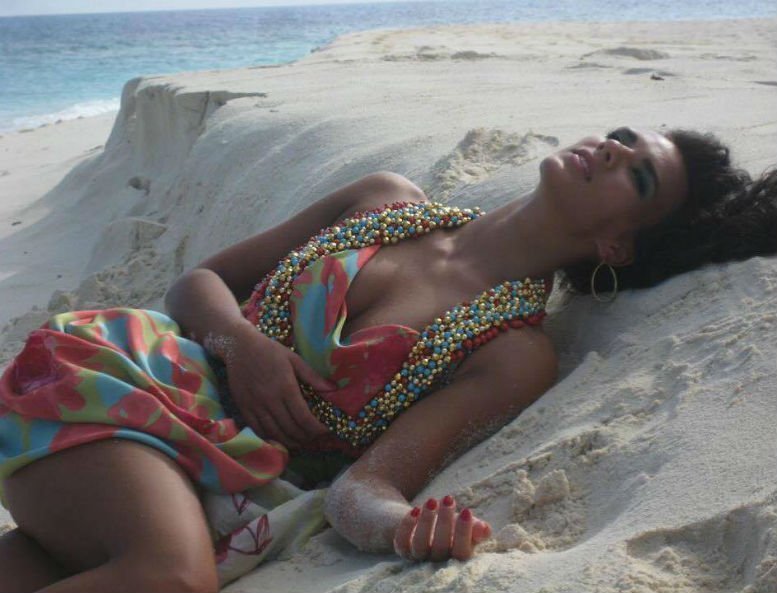 My dream is to act in a huge blockbuster movie with all my idols, Robert De Niro, Meryl Streep, and Al Pacino. My goal is one day to be given the opportunity to act in a 007 movie as a Bond girl.

I think being a Ukrainian, it’s a given that people always think it could be a perfect part for me. I definitely would not mind the challenge like that as an actress and a physical performer.

I don’t like to regret things in life in general. I feel everything happens for a reason, but the only thing I could say is, I wish I had started acting earlier. One of the first films I saw was Gone with the Wind. Vivien Leigh inspired me, but I went with what I was familiar with, which was ballet and dancing. My mother was a ballerina and she supported me the whole way, so I didn’t really start acting until I was in my twenties.

As a ballerina, I grew up listening to classical music. It’s one of my favorites, and I listen to a lot of soul and lately house music as well. Music – like anything else – is expending fast and you have to
keep track of it all to be in tune with the world.

The characters I create, I like to give them all a certain music vibe and I listen to that music as a character to identify and embody my part before I go into the scene. Music is a beautiful way of expressing your inner soul and it gives me inspiration.

With my dance background and being a choreographer, I have a deep appreciation and understanding for all different genres of music. Listening to sounds is a great way to bring up emotions, depending on how I feel on day-to-day basis. I like to listen to various types of music.

I’m looking forward to progressing as an actress and growing as a producer. I’m working towards owning my own distribution company and one day a studio. I’m deepening my understanding of the process of producing and learning the importance of promoting the movie and getting it exposed to the world.

Everyone knows it’s hard to make a movie, but it’s equally if not harder to sell a film and get distribution and a worldwide release for it. I’m also excited for a few of the recent movies I’ve been in and others I have produced, which are coming out this year: Criminal, Mechanic Resurrection, Mothers and Daughters, Downhill, and Ghosts of Garip.

Downhill is going to be screened in the Cannes Film Festival on May 15th by WTF films.

Ghosts of Garip is getting a theatrical release in Turkey in 200 theatres on July 11th and after that you can see it worldwide.