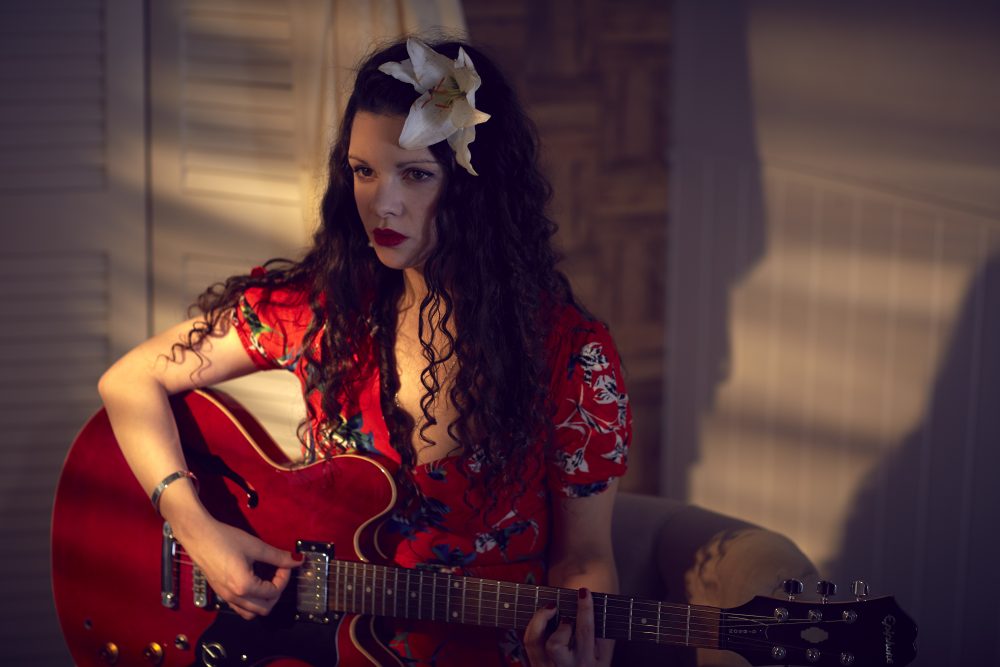 Natalie Bouloudis’ debut offering ‘Dead Sea Scripts’ EP – produced by Robert Strauss – is a collection of a convincingly lush, folky number which is both alluring and pensive …“My songs – reveals Natalie – tiptoe on the edge of fiction and reality. I like rich melodies, moody skies, dark romanticism, charged atmospheres that tell hard-boiled tales.” This is ‘Whirlwinds’.

Bouloudis explains: “‘Whirlwinds’ emerged out of a break-up song which I decided to go back and revisit once feelings had subsided. I liked the idea of looking back at something which had once felt raw but through time and disassociation I became an editor or an archeologist finding dinosaur bones and putting them back together; never knowing what it really was like when it was alive so it takes on it’s own new story. I also wanted to capture the anger and the crazy storm of heartbreak. The vocals swell into highs and lows like the motion of the howling wind. The song is a heavy blues jam and the most dramatic sounding song on the EP…”