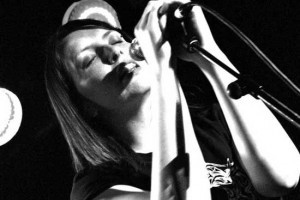 Nakatomi Towers are an electro pop duo from Belfast, active since June 2009. Julianne & Dave bonded over a shared love of glitchy house and electroclash.

Shimmering guitars, laid back boy / girl harmonies and bouncing chugging synths coalesce into the musical equivalent of a hug on the dancefloor. Nakatomi Towers support Jack Penate, tickets are on sale now.


Jack Penate has had a very successful year so far, he released his second album, â€˜Everything is Newâ€™, making appearances at Oxegen, Glastonbury festival, Summersonic in Tokyo, Leeds and Reading festivals and spending two months touring the States. He is currently back in the UK doing a mini 10 day tour, in support of his new album and the release of his new single â€˜Pull My Heartâ€™ .

â€˜It was such an incredible time making this record. I spent around a year in the studio with Paul Epworth creating music which I feel unbelievably proud of. I really hope it will become something you love too. The idea behind making it was for me to do something that was driven by drums and bass with rhythms from music outside of my home. It was a complete adventure remembering and finding all the music that came to inspire the record.â€™ Jack Penate