Nadine Coyle has revealed that she recorded most of her first solo LP in the bathroom. 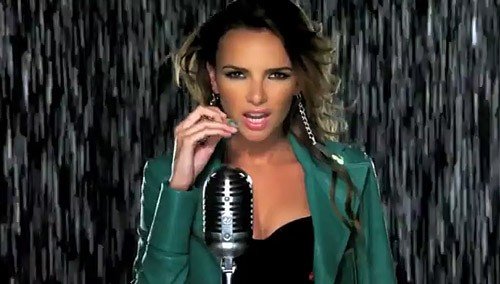 The Girls Aloud star, who is gearing up to release her first song, Insatiable, outside of the girlband told the BBC: “I would record the vocals in my ensuite bathroom, sitting on a thing in my shower.”

“Insatiable was done like that. And every so often you’d hear me kicking the bin or something. But Chained is the only song on the album where I kept the original vocal. We tried to re-record it, but we just couldn’t get the same sound.”

Following reports that the Irish singer’s promo for Insatiable was ‘too sexy’ for TV, Nadine revealed that the general reaction to her solo material has been ‘really good.’ 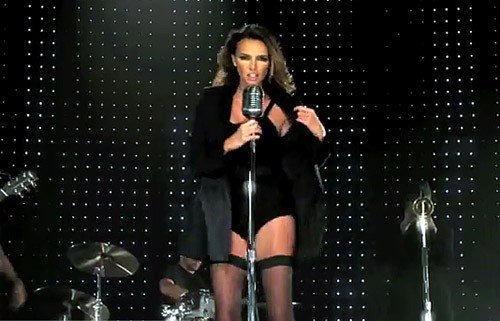 She stated: “People are into the music. They’re saying it’s really sexy and I’m blown away with it.”

When asked if it was supposed to be sexy, Nadz explained: “Oh yes, it was. That’s how I felt when I was writing and singing it. You know that feeling of ‘ooohhh – I just can’t get enough?’ That’s the mood I was in.”

The Irish singer also added that her solo tunes are different to the music she made with Cheryl Cole and Co as part of GA, claiming: “My style is a lot more ‘singy’ than Girls Aloud’s music.”

She added: “We never did big, massive notes, so it was difficult to fit my style of writing on a Girls Aloud album.”
Read more in www.mtv.co.uk
The new single â€˜Insatiableâ€™ is out on November 1st 2010.
www.nadineworldwide.com