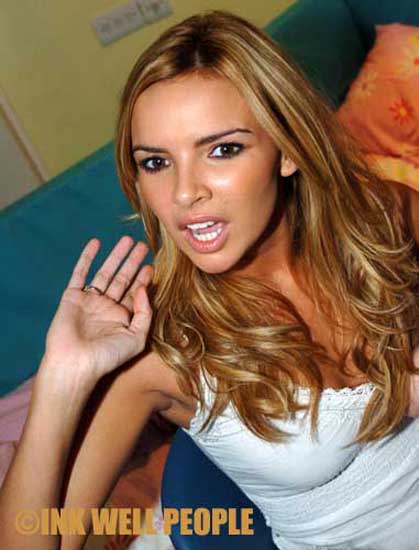 By Ryan Kennedy
Photo by Fabrizio Belluschi
GIRLS Aloud babe Nadine Coyle is apparently having a difficult time being understood since moving to California.
Speaking on the BBCâ€™s Tonight With Jonathan Ross the Derry born singer was singled out from her band mates by the presenter, with Ross saying: â€œSorry, I canâ€™t understand you,â€ and laughing as Coyle exercised her new half Northern Irish, half Californian drawl.
She and her family are currently leasing a mansion in Huntington Beach, California in order to jump start her career in America, but Coyle returned to promote Girls Aloudâ€™s new album Tangled Up and to snuff rumours the group are to split. Earlier this year rumours of a split were so rife, bookmakers Paddy Power were offering two to one odds the band would not last until the end of 2007.
Coyle got her own back, however, mocking Rossâ€™ famous lisp, and spoke of how much she was looking forward to the forthcoming tour.
Call The Shots is released on November 26.