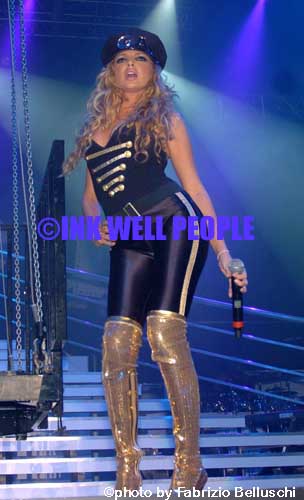 GIRLS Aloud star Nadine Coyle is reportedly wants to leave the band after having secret meetings with producers in LA.
The Derry-born singer spent a lot of time in LA with former boyfriend Jesse Metcalfe and is said to have secretly met with music producers to discuss a solo project while she was in California.
Speculation has been rife that the girls are set to split after they released their greatest hits last year but since then the band have been in the studio and are releasing new track Sexy! No No No in September.
For the meantime the 22-year-old Irish singer may have put solo plans on hold but Nadineâ€™s American dream wonâ€™t stop there – she and her family hope to open a chain of bars across the USA.
â€œIâ€™ve just loved it there (USA) since the first time I went a couple of years agoâ€, she said.
â€œIâ€™ve got a place and my family are already out there.
â€œThe ultimate business plan is to open a chain of Irish bars – Americans are just screaming out for themâ€.
Â©INK WELL PEOPLE