Check out our exclusive Q&A with post-punk pop band My Tiger My Timing.Their new single ‘Endless Summer’ is released on August 1st 2011 on Digital Download. 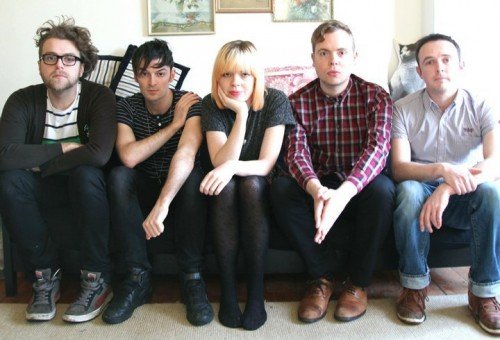 WHO ARE THE BAND MEMBERS AND WHAT DO EACH OF YOU DO IN THE BAND?
The band is Anna (vocals), Seb (keys), Jamie (guitar/bass), James (guitar/bass) and Gary (drums)

WHAT KIND OF MUSIC DO YOU MAKE / PLAY?
Our music has been described as alternative pop, groove-laden post punk and tribal electro, but we just try to write great catchy melodies to stick in your head – style and genre should just be a vehicle for a good song.

WHERE ARE YOU FROM?
We’re from all over the country – London, Crawley, Accrington and Torquay – but we formed the band in New Cross, south east London.

HOW DID YOU GUYS GET TOGETHER AND WHEN?
We got together in 2008 by merging our two previous bands, but we’d all been friends for a few years and James and I are brother and sister and had been doing music stuff together since we were very young.

WHO ARE YOUR INFLUENCES IN THE MUSIC INDUSTRY?
We like anyone who does it their own way, who is making forward-thinking, modern music – no retro! Metronomy, Lykke Li, Sleigh Bells, Late of the Pier, Crystal Fighters and Robyn are a few which spring to mind.

WHAT HAS BEEN THE HARDEST PART OF BEING IN THE BAND FOR YOU?
It’s a privilege to be able to spend your life making music, and it’s ungracious to complain, but we do put a lot of mental and physical energy into doing a great live show, so I guess the hardest thing is when you’ve rocked the room and then a crap old-school promoter treats you with zero respect and tries not to pay you – it happens to so many bands and it’s time to put a stop to it.

TELL US A BIT ABOUT YOUR EARLY DAYS AND HOW THEY DIFFER FROM NOW?
The early days weren’t really all that long ago for this band but I think we have better songs now and we’re much better live than we were then. We started out rehearsing in a warehouse in Bermondsey, and we’d just spend all day and night writing and recording demos and talking about what we wanted the band to be. It feels good to be putting all those hours of planning into action. 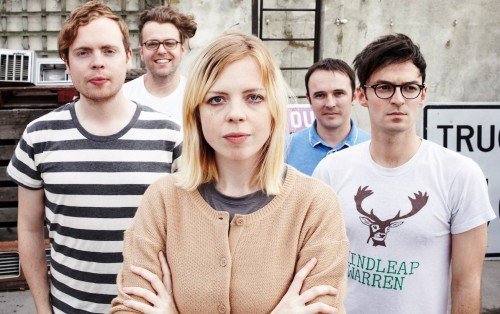 WHAT WAS THE LAST GIG YOU PLAYED, WHAT DID YOU THINK OF IT?
We’ve been playing all over the place recently in support of our new single ‘Endless Summer’ – we were at Liverpool Sound City the other day, it was a great packed sweaty show and we all fell in love with Liverpool, it’s got a brilliant atmosphere.

WHAT’S THE MOST SUCCESSFUL THING YOU GUYS HAVE DONE TO DATE?
It will probably be playing at Glastonbury, but to date I would say in terms of sheer numbers, supporting Phoenix to a crowd of 3,500 people in Berlin has been a huge highlight.

WHO HAS HELPED YOU THE MOST GET TO WHERE YOU ARE TODAY?
There is a long list of honorary Tigers who have made this all possible, but huge props have to go to the brilliant Andy Spence of New Young Pony Club, who produced our first two singles, and also to our former manager who made a lot of great things happen for us. We’ve been very fortunate to have worked with some good labels like Kitsuné, Modular and Pure Groove, so we have to tip our hats to these guys too.

WHAT’S COMING NEXT FOR THE BAND?
We are about to release our third single, ‘Endless Summer’, and we are currently working on our debut album, which will come out early next year.

IS IT HARD BEING A NEW BAND IN TODAY’S INDUSTRY?
In many ways, it’s a terrible industry, and always has been, but it’s so destabilised now that I think it’s worse than ever. There are so many pitfalls, scams and false friends out there which you just can’t know to avoid when you first start out. We have made a few errors which have cost us time and money, but I think we are a bit wiser now. All bands just want to make great records, but you can’t afford to be naive these days, you have to have a bit of a business head too, which causes a real conflict for most of us musos.

HOW IMPORTANT IS THE INTERNET AND SOCIAL NETWORK SITES TO THE SUCCESS OF YOUR BAND?
We’ve released all our music online and consequently we have fans in Japan, Poland, Brazil, USA, Uganda, you name it – and we love that! We like to stay in touch with our fans, and the internet is a great way to do this, keeping people up to date with what you’re doing, silly pictures from on tour, notices about shows and releases. But it’s important not to put too much out there, or bombard people – it’s an old idea but I think music needs a bit of mystique in order to really work.

QUICK-FIRE QUESTIONS:
WHO’S THE MESSIEST IN THE BAND?
I think that would be James – it’s not really mess, it’s a creative approach to tidiness.

WHO IS HARDEST TO LIVE WITH ON TOUR?
We all get on better on tour than off tour, it’s something about camaraderie, so we are all equal on this front.

WHO IS THE JOKER AND WHY?
Gary is a great raconteur and keeps us all amused in the van, although he can’t do jokes with punchlines.

WHO MOANS THE MOST?
I have a tendency to freak out now and again, but the guys have developed good tactics for talking me down.

WHO IS THE MOST ROCK ‘N’ ROLL & WHY?
On tour, Gary is usually the one to instigate late-night booze excursions, Jamie has been known to polish off and then regurgitate a bottle of tequila and Seb likes to get naked as often as possible, but we’re all as bad as each other when we get going.

WHO IS THE LOUDEST?
James can get quite emphatic after a few drinks, especially when discussing the finer points of Exile on Main Street or the less fine points of Charlton Athletic.

WHAT’S THE MOST EMBARRASSING THING SOMEONE IN THE BAND HAS DONE?
Too many to mention, but we don’t really get embarrassed anymore – when your job is to get up on stage every night and jump around, you learn to develop a pretty high embarrassment threshold.

WHO WOULD YOU MOST LIKE TO COLLABORATE WITH IN THE INDUSTRY?
David Byrne of Talking Heads, James Murphy of LCD Soundsytem, Trent Reznor of Nine Inch Nails – these are just people we love and are in awe of, and I could imagine doing something really interesting together.
and to their Facebook
Endless Summer is out on August 1st
facebook.com/mytigermytiming