2010 saw My Passion emerge as one of the most exciting new British rock bands. Following the release of critically acclaimed debut album “Corporate Flesh Party” in 2009, 2010 saw the band embark on a string of sell out headline tours, performances at Download festival and Japan’s Summer Sonic and culminating in a special one off London Christmas show in December. 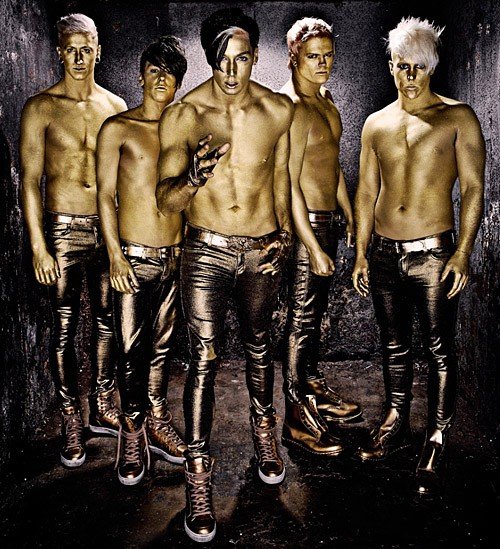 The band also spent 2010 writing and recording their follow up album, ‘Inside This Machine’. “My Passion front man Laurence René spoke about the up and coming tour: “We have begun to develop each tour as its own theme and with its own identity with so many standard shows we want to create a performance that locks in the memory as unforgettable time in our lives…”

“We want people to come out thinking ‘what the hell will they do next?’ We want that excitement and that fresh performance each tour to match the development and power behind the music.”

“This tour will see us as golden beings from inside the machine, for me it relates to the balance of life and it’s fragility and having everything one minute and being able to lose it the next.”It’s about realising that we are all miracles and acting on that, making the most of each day, and embracing life.