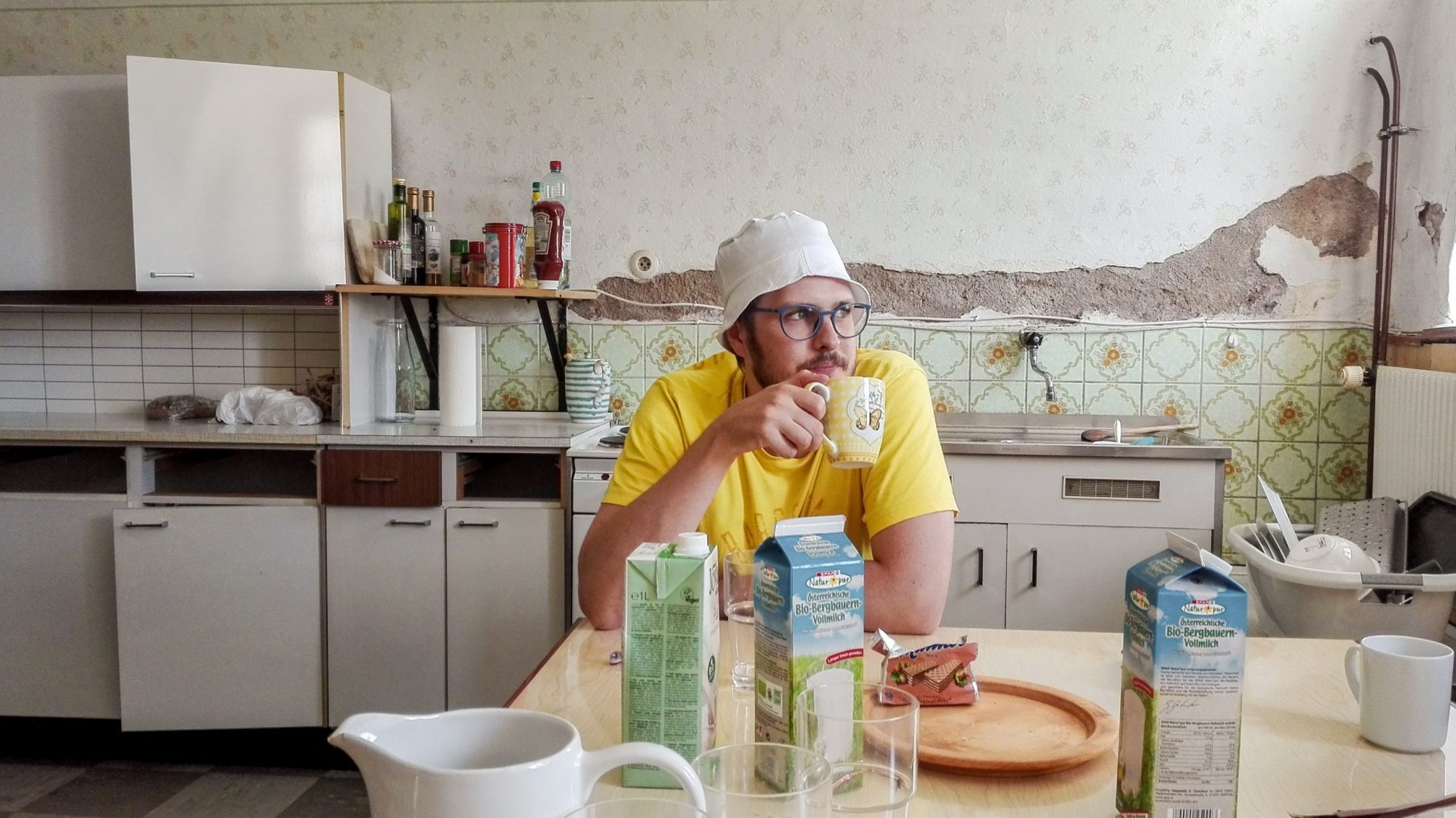 "Quite often, beauty lies in simplicity. "

My Friend The Chimpanzee is an Indietronica duo from Vienna, Austria, consisting of producers Josef Umschaid (drums and fx) and Lukas Wieser (strings and synths). Their music is a genre-bending, delightful mishmash of influences featuring elements such as guitar, bass, and indie-pop synth and vocals over a bedrock of hip hop and trap beats. They have previously received indie radio play on a number of stations with their first and second singles, “Time Traveller” and “I Love This Place”.

Today they’re sharing their newest single “Twin Moons/Bearwolf, Pt. I“, as well as giving us an insight into their top 5 musical influences. The thought-provokig track came to life as a result of Josef and Lukas experimenting on an analogue synth and its lyrics are based on Haruki Murakami’s 1Q84 (they base all of their song on literary works and philosophy). An alternate version with different instrumentals is scheduled for release in June.

Check out the track and the pair’s top influences below.

All My Heroes – Bleachers

I (Josef) love how Bleachers mix up genres and different decades of music-making. The combination of 80ies drum sounds and analogue synths paired with modern songwriting inspired me to think outside the box.

Wyclef Jean was one of the first Hip Hop artists I (Josef) fell in love with. He made me appreciate that great drumbeats do not always have to be overly complex. Quite often, beauty lies in simplicity. Also, Wyclef Jean – for the time – used quite unusual drum patterns which inspired me in developing my own style.

I (Lukas) first heard the song on the stereo in my car and I fell in love with it immediately; it’s great track for driving by the way. There’s just something so silly about the “doom doom doom dooms” in the hook that puts a smile on your face every time you hear it. Also, M.I.A.’s singing adds to the super cool vibe of the track that has its root in the slightly dissonant and “off” feel of the melodies.

How Soon is Now – The Smiths

It’s just a magical song. The melancholy present in the chorus is just sublime. With only slight variations in the arrangement the band manages to shift the mood completely. Made us realise as producers that arrangement is everything.

I Will Possess Your Heart – Death Cab for Cutie

I (Lukas) can’t think of any other song that has the same hypnotic qualities. Even though the intro goes on with the same bass riff for more than four minutes, you never get tired of it; there’s something so beautiful in there, full of vague promises. The perfect soundtrack for sunrises (in the literal as well as the metaphorical sense).