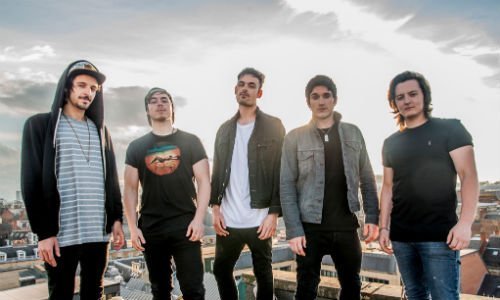 Newcastle Upon Tyne-based alt-rockers My Extraordinary – Anthony Thompson, Martin Corkhill, Joe Anderson, Paul Dewhurst, Roy Watson – will finally unleash their mini album ‘The World We Live In’ on September 1st and they have only announced a September tour in support of it. In their own words…”We’ve put everything we have into making something we believe is beautiful and we can not wait for you all to hear it!”

First up….Can you introduce the band and tell us how did you get together?

I was a kid in school, fell in love with the idea of being in a band and decided to give it a shot. Typical me really, I’ve given everything a go but My Extraordinary is the only thing that stuck. Friends in school recommended Martin & Joe after I tried out everyone in my class who played… We jammed together for a bit, met Dewey online then 5 years later thought we’d get Roy in. Very random!

Why did you decide to call the band My Extraordinary?

Back in Oct 2007 we had our very first gig at our schools Halloween party before we even had Joe and Dewey in the band. We were playing with the schools ‘Big’ band
who were good enough to play the local pubs and maybe even a support slot at the O2 Academy… They were called Astro Chimp (now our mates) and we needed a name…

I was watching Parent Trap and jotting down all the cool words…Extraordinary was one of them, I put ‘My’ in front of it and that stuck. Shortly after we changed our name to ‘Hitchhike on upwards’ but Astro Chimp spammed our MySpace telling us it was shit so we changed back to My Extraordinary. 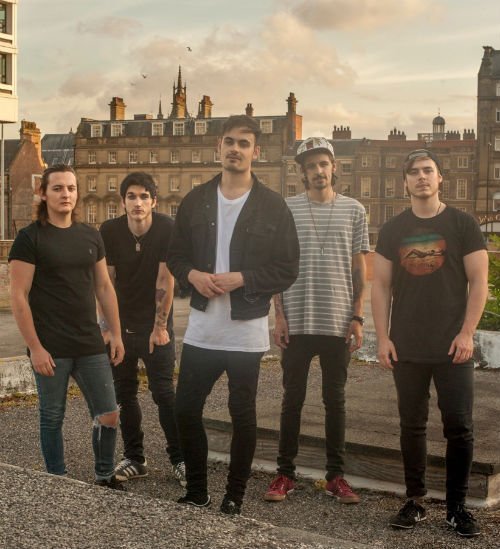 Can you tell us the idea behind your mini-album ‘The World We Live In’?

‘The World We Live In’ for us is the first time we’ve stepped back and said “we’ve learnt how to play together. Now we should write and record some actual, good music”
It’s a big deal for us. In my opinion it brings us out of being a local band learning their craft into the professional game.

You just announced a September tour, tell us why we should be there

You should be at the September shows because we’re going to put on a fucking show. We’re not playing big venues but it’s our chance to show you and everyone else that we’re a band you can love and cherish, as we’ll give everything.

What do you do just before going on stage? Any strange ritual?

We’ve never had any strange rituals or plans before hitting the stage. We’ve played together for years now and I think we accept that everyone has their own ways of getting preparing.

Every show is different…Times it can be stressful, times it can be nothing but fun…Once we hit the stage none of it matters as we all just enter that moment. Then before we know it were thanking people for coming out and leaving the stage.

Influences vary, we all grew up listening to the commercial rock side of the industry but through the years we’ve all grown to love music as a whole. I listen to the strangest Hip Hop that probably no ones heard of but it influences me in my lyrics. Lately we’ve been appreciating the Foo Fighters and Fleetwood Mac. They’re huge for a reason!

Everything we have we’ve paid for ourselves. We don’t have rich parents and we have no record label. But, we want to provide our fans with the best quality so the toughest thing we’ve faced is finding the cash to do so! We want to up our game so we’ve had to call in favours and find creative people who want to show their art in order for us to get music videos and promotional pictures. Which in turn has been an amazing experience.

The early days were a lot more stressful than now. We’ve been a bad through growing up and finding out who we are. There used to be a lot of pointless arguments and frustration from expecting something from nothing. These days were grounded. We know that if we want to be that band we need to write the song and put the work in. We’re fine with that now.

We have plans to tour this release and play as many cities as possible. Then after that we’re going straight back into the studio to do it all again.

You can pre order your hard copy of ‘The World We Live In’ now HERE.