Kareem Salama, the first Muslim Country and Western sensation to storm America, is due to begin his first European tour this July, starting in London with a show at the American ambassadors residence for July 4th celebrations. Already a big hit in the States, the American Embassy is touring Kareem to select cities in Europe.Many consider Kareem somewhat unusual in the country music scene, given his ethnic background and Islamic faith, especially in post-9/11 America. But Kareem draws inspiration from his multicultural upbringing to create music that is reflective of Americas ideologies of cultural diversity. 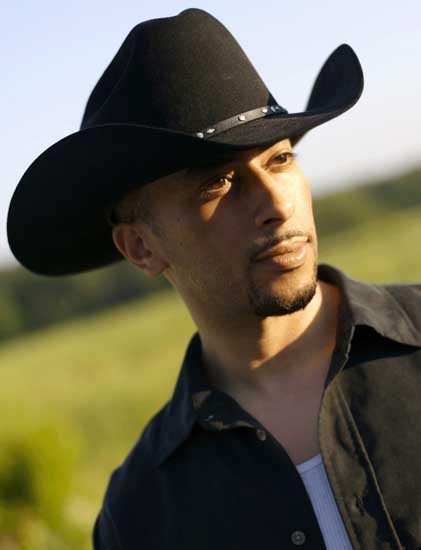 Kareems music is essentially country/western, but he also fuses poetic Sufism, as well as other musical elements including pop, rock and folk. He also writes his own songs, which convey universal moral messages of love, relationships and family values.

Kareem Salama says: I’ve just always found expressing myself through songs a soothing and cathartic practice. But a series of events has led me to this endeavour. I dont presume to make any grandiose statements about how my music will change the industry or change the world.

My hope is that my words will fall upon ears and hearts that may be seeking the same thing I am seekingthe inspiration to live a virtuous life that is pleasing to God.

Born and raised in Oklahoma, America, Kareem is of Egyptian descent and was immersed into the American culture as a child. His open-minded and exploratory parents took him and his siblings to watch live country music shows, local cowboy rodeos and even took them Opryland Theme Park, which was inspired by the infamous Grand Ole Opry country radio show in Nashville, Tennessee.

Despite being brought up in all-American surroundings, Kareem and his family didnt compromise on their faith or heritage, but instead became exemplary of multicultural America by balancing the two cultures with respect for both.

With two albums already under his belt, This Life of Mine (2007) and Generous Peace (2006), Kareem will be singing tracks from both on his tour.