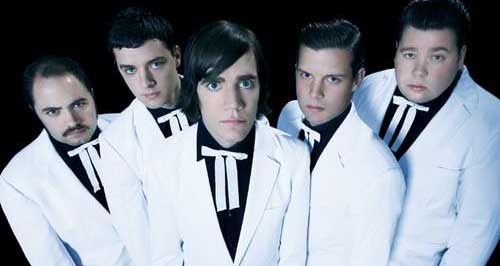 Swedish rockers The Hives release â€œthe infectious and funky anthem â€“ We Rule The Worldâ€. They donâ€™t believe in doing things on the cheap as they got Pharrell Williams to produce this song in Miami.

This record will also be released as a limited edition 10â€ vinyl, which a lot of bands seem to be doing at the moment.