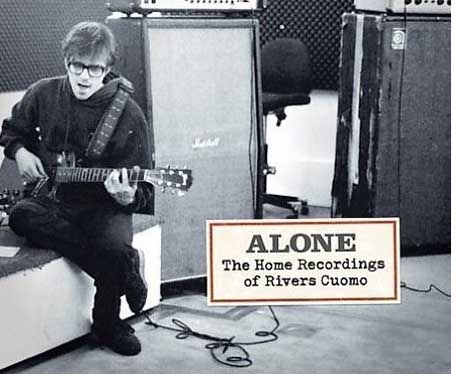 Rivers Cuomo is the lead singer of Weezer â€“ for those of you who donâ€™t already know.

Their biggest hit to date was Buddy Holly, which is a song I will never tired of hearing.

This album is a release of home demos that Rivers kept in his personal possession â€“ until now.

Alone reminds me in parts of Nirvana, the sort of raw sound that made some of their songs so great.

Trrack four Bomb is like something the Beastie Boys would produce. There are some strange songs on this album â€“ but I like Little Diana.

As this is a demo type release, it is interesting to say the lease.