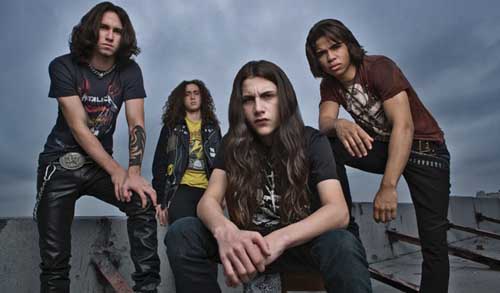 Black Tide are from Miami â€“ and are a heavy metal/thrash metal with a difference. They are also a bunch of kids between 14-19.

If you love Metallica (which they seem to), Slayer or infact most of the 1980â€™s rock bands â€“ these are the boys for you.

The reason I know so much about this sort of music is because of my brotherâ€¦..He constantly played his tapes (not CDâ€™s) to death! Normally at full blast for years when he was around the same age as these lads â€“ explaining the influences in this type of music.

Ah well, thanks to my brother, Iâ€™ve become a huge Metallica fan â€“ although he doesnâ€™t know that.

And with that in mind I think as these boys mature and they get more experienced with their instruments theyâ€™ll definitely make their mark in rock.