MUSE have confirmed details for their highly anticipated exclusive Irish date at Dublinâ€™s Marlay Park on 13 August 2008. Irish fans have been anticipating the news since the band, who collected their award for â€˜Best International Live Performanceâ€ at the Meteor Ireland Music Awards in February, hinted they would be bringing their tour to Dublin this August.The Marlay Park concert will be their first Irish date since their â€˜spectacular stage show at OXEGEN 2007â€™ (NME) for which they won the Meteor award. MUSE also scooped the Best Live Act at the NME Awards 2008 last month. The band released â€˜ HAARP ,a live cd and dvd recorded over their two sell out nights at Wembley Stadium in June 2007, which went Top 5 in Ireland. 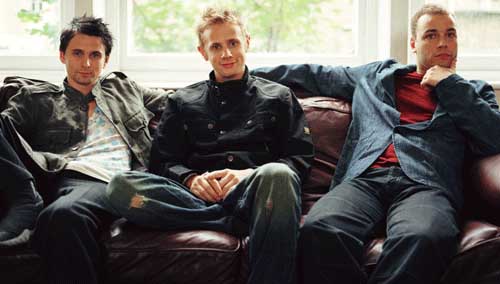 KASABIAN, who performed in Ireland at a sold out show in Dublin Castle last summer, will join MUSE as special guests. 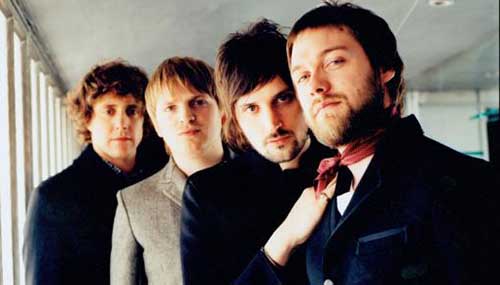 Over the weekend of Saturday 16th and Sunday 17th June 2007 MUSE took to the stage at the new Wembley Stadium for two unprecedented sold out shows that are increasingly recognised as amongst the definitive live moments of the year. Muse were the first band to take the stage at the stadium since its redevelopment: now those who were amongst the 150,000 lucky ones and those who couldnâ€™t get tickets can relive these events with the release of a brand new CD and DVD of the shows.

The concerts once again demonstrated the raw power and unquenchable ambition of one of the UKâ€™s most successful long term bands and one of, if not the, greatest, most ambitious live act in the world at the present time. With a long list of awards to their name including recent additions the EMA Awards for â€˜Best UK and Irish Actâ€™ and â€˜Best Headlinerâ€™ at the continentâ€™s premier awards ceremony. These awards add to a long list of plaudits for the act in 2007 including Awards for Best Live act at the BRITs, NME Awards, Kerrang!s, the Vodafone Awards and Q Awards.

MUSE have elevated their shows to events of a quite spectacular nature â€“ and no doubt the major awards will keep coming in 2008. Little wonder that Kerrang described the Saturday night show simply: â€œWhat a gig. What a night. What a bandâ€, clearly left breathless by the power and invention they had just witnessed. The Guardian were moved to suggest that â€œfew are more suited than MUSE to take on what Pele described as the cathedral of footballâ€ in a rare 5/5 review.

The footage on the HAARP DVD is taken from the show on Sunday 17th June with the live CD featuring their first date at the stadium, Saturday 16th. Both DVD & CD feature the huge hits from 2006â€™s global hit album, â€˜Black Holes and Revelationsâ€™ including show stopper â€˜Knights Of Cydoniaâ€™, Starlightâ€™ and â€˜Supermassive Black Holeâ€™. As you would expect, HAARP also features Muse classics including â€˜Plug In Babyâ€™, â€˜Time Is Running Outâ€™, â€˜Feeling Goodâ€™, â€˜Hysteriaâ€™, â€˜New Bornâ€™ and a host of others.

With latest album, â€˜Black Holes and Revelationsâ€™, MUSE have cemented their position as one of few UK acts to score massive success across the continent and further afield. The endless stream of plaudits and awards and the rapturous response to their summer shows at Londonâ€™s Wembley Stadium demonstrate a band at the height of their powers: HAARP captures this breadth of success and acclaim with drama, style and action.