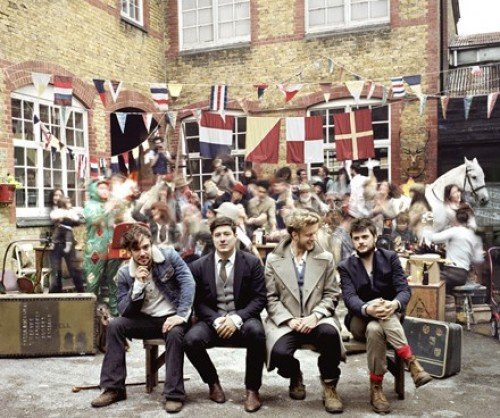 The good people at GUINNESS & CO announced that folk rock talismen Mumford & Sons, Scottish alternative rock legends Primal Scream and New York hip hop icons Fun Lovin’ Criminals have been added to the stellar line-up of headline artists who will be turning up for surprise performances in local pubs in both Northern and Southern Ireland this year’s Arthur’s Day, on the 27th September.

Taking place on 27th September, this year there are no tickets on sale, just grab some mates and head to one of 50 free Arthur’s Day music events taking place in local pubs throughout Northern Ireland.

Scottish alternative rock legends Primal Scream said, “Get down to your local on Arthur’s Day as you never know where we may turn up”.

Fun Lovin’ Criminals, who are no strangers to Ireland said, “Doing things the normal way just ain’t us. That’s why we’re excited to be a part of Arthur’s Day this year. We’ll be putting on a special performance in a secret location and that’s all we can say. Ireland, you had better get ready for us.”