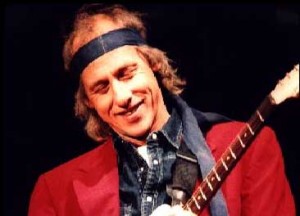 Aiken Promotions are proud to present Mark Knopfler Live @ The O2 next May 19th 2010.Â  Tickets are on sale next Thursday September 24.

Mark Knopfler announces summer 2010 tour dates in support of his new album Get Lucky, released September 14th, 2009, on Universal Records. The Get Lucky Tour runs through May, June and July 2010, encompassing 60 shows in 20 European countries.

This is the sixth solo studio album from the legendary musician and follows 2007â€™s highly successful Kill To Get Crimson, which Rolling Stone heralded as â€œa gemâ€ and USA Today described as, â€œâ€¦yet another unpretentious showcase for his unmistakable gifts as a musician, tunesmith and storyteller.â€

Recorded at Knopflerâ€™s award-winning British Grove Studios in West London, Get Lucky was co-produced with longtime collaborators, engineer Chuck Ainlay and keyboardist Guy Fletcher and featured Richard Bennett, Danny Cummings, John McCusker, Matt Rollings and Glenn Worf. The 11-track album explores a lifetime of musical roots exemplified by the title track. â€œThe first itinerant person I ever met would sing in soul bands in winter, then work part-time in fairgrounds or â€˜go pick fruit down southâ€™ when the weather turned warm,â€ explains Knopfler. â€œI was about 15 years old, stuck in school and envious. â€˜Get Luckyâ€™ came from him and other traveling characters I went on to meet in places Iâ€™d find myself working short-term, like farms, warehouses, building sites, before I got lucky with my songs.â€

A multiple Grammy award winner as the lead singer/songwriter for Dire Straits, Knopfler combined his wry lyrics with his guitar prowess to create such major hits as â€œMoney For Nothing,â€ â€œSultans Of Swing,â€ â€œRomeo and Julietâ€ and â€œWalk of Life.â€ He has produced records for Bob Dylan and Randy Newman as well as scoring several films including Cal, Local Hero, Princess Bride and A Shot at Glory.