19 year old R&B superstar, Chris Brown will embark on his first Ireland & UK arena tour following his hugely successful sold out gigs at London’s IndigO2 earlier this year. The dates kick off on 7th January in Belfast and ends on 14th January in Birmingham.

Chris Brown has been the R&B story of the year in the UK, selling over 1.1 million units across all formats in 2008 more than any other R&B act this year.In addition to the eagerly anticipated live shows Chris Brown releases the brand new single Superhuman featuring singer Keri Hilson on 24th November through RCA Label Group. 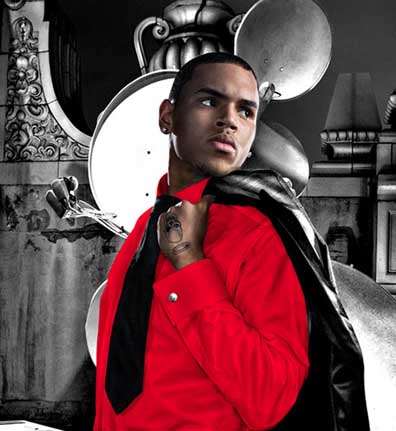 Keri Hilson appeared on the recent UK No.1 The Way I Are with producer Timbaland. This track is taken from the UK Top 3 album Exclusive.

Multi-award winning artist Chris Brown has become the biggest selling US R&B star in the UK. His second album Exclusive has gone platinum and his singles; With You, Forever, Kiss Kiss and No Air (featuring Jordin Sparks) have sold more than a million sales in 2008. Chris Brown has the only R&B album to go platinum in the UK and this year has outsold Taio Cruz, Robin Thicke and Ne-Yo, earning himself the tag the King of R&B.

Exclusive symbolizes a new level of maturity for the now 19-year-old Tappahannock, Virginia native who first exploded onto the scene back in 2005 with his self-titled Grammy nominated debut. Chris Brown spawned several hits including the #2 UK smash Run It, Yo (Excuse Me Miss) and earned Chris 14 prestigious award nominations around the globe in 2006 alone. Chris was also tipped by the influential BBC Sound Poll in 2006 after breaking US chart records in the US.

Chris recently performed two sold out UK shows for at the Indig02 in London as part of his Hit n Run European tour.

Backed by his full band, he showcased his many extraordinary talents wowing the crowd with the combination of his voice, dance moves and amazing energy. Reviewing the show The Sun praised Chris for his flawless vocals and went on to say there’s no doubt he can put on a show with such nasty dance talentâ€.
chrisbrownworld.com
Chris Brown
Live at the Odyssey Arena, Belfast 7th January 2009
Live at the O2, Dublin 8th January 2009
Tickets on sale Next Thurs 20th Nov at 9am
Tickets for the O2, Dublin: 56.80 & 51.80 Euro Seated / 46.20 standing
Tickets for Belfast: £38.00 seated / Â£35.00 standing
www.ticketmaster.ie