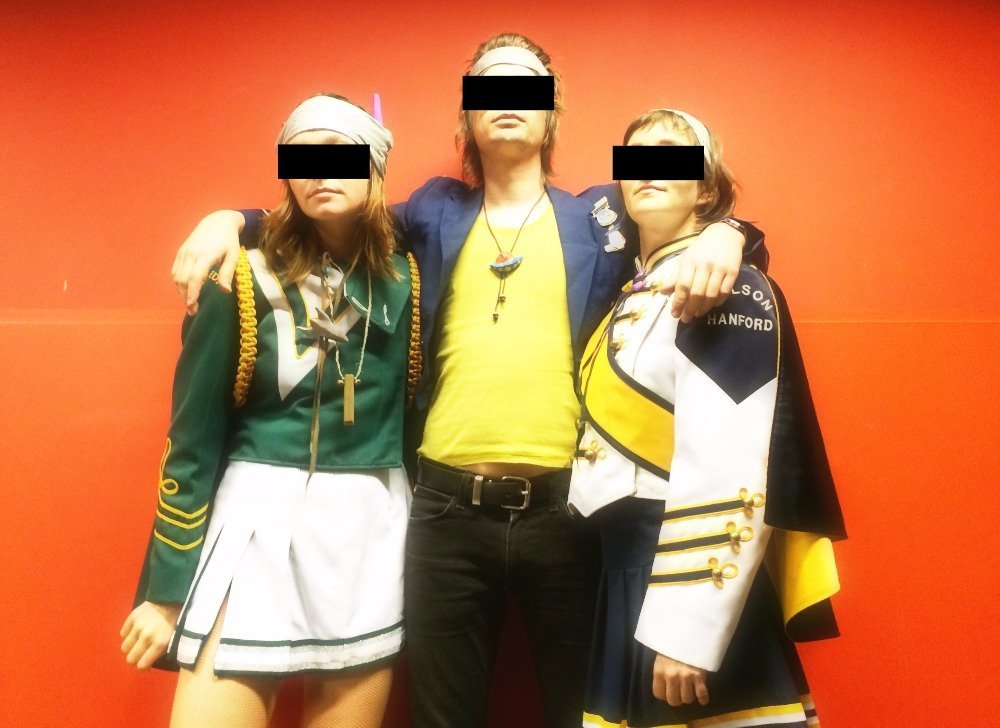 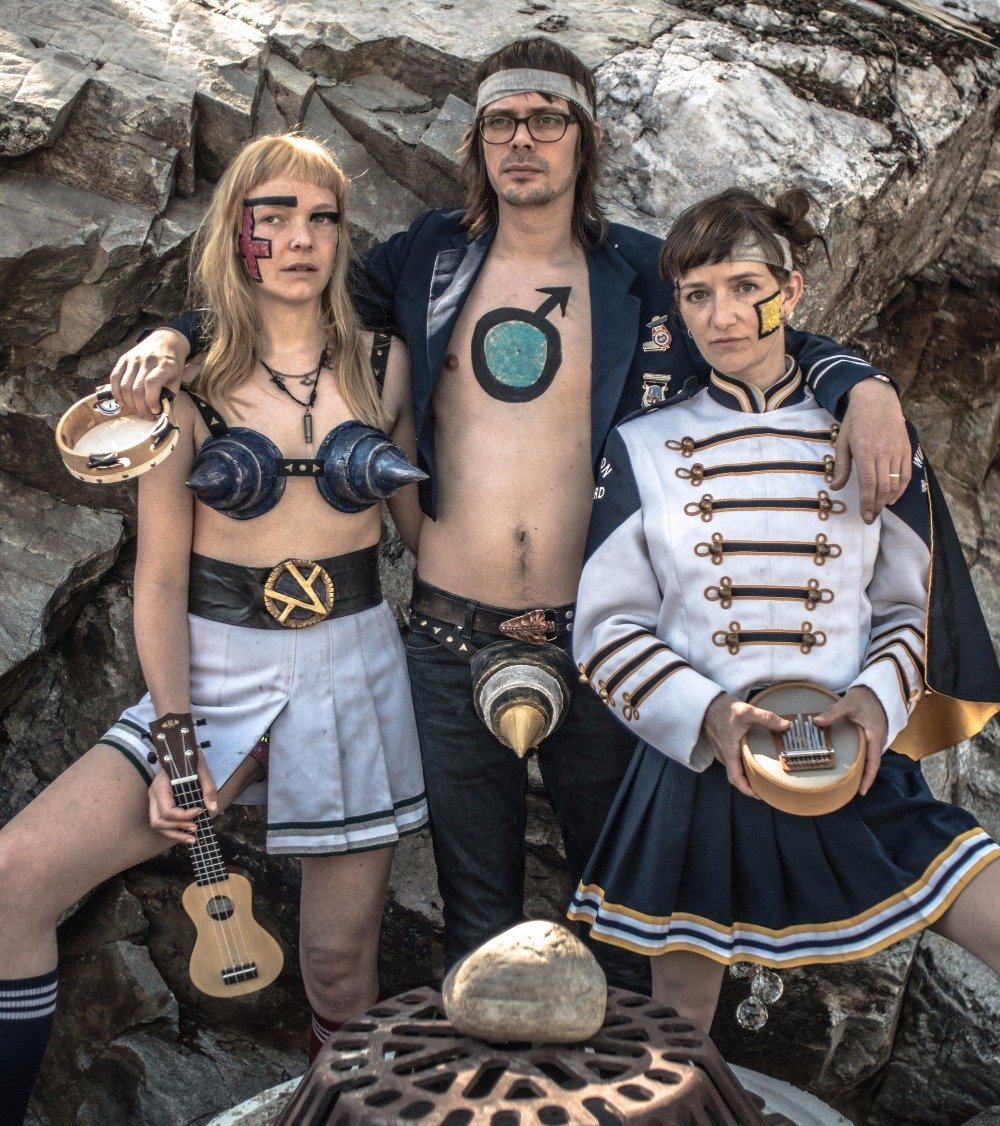 Having formed in the future on planet Fenris, sci-fi pop intergalactic archeologists, Moviestar – Infinity Vik, The Octopus Goddess and The Anaconda – present their rather intriguing debut album ‘Stupid People / Happy Days’, out on 9th February 2018 via Oh Yeah!.

Hi Moviestar! How are you today?

We are good! Looking forward to unleashing our next video upon you for the single Chosen Ones. It’s will be the best one since MTV sent its first airwaves through the ether. Be sure to watch it. It will blow some serious synapses in your primal brains.

Tell us a bit about yourselves:

Infinity Vik, Anaconda and The Octopus Goddess are our names. We are music archaeologists from the far future sent back in time by The Future High Commander of the universe, President Supremius XIII to save the future of man and woman through the cunning use of Rock N Roll. We were sent to prevent the Metal Wars from happening, because that is when “The Stone” goes missing. Hence we are searching for The Stone. If you think you found it, message us. Please help us find it!!

What’s your album ‘Stupid People / Happy Days’ all about?

It’s about you and the future of everyone you know, love and hate. It’s the recipe on how to save your souls and not end up destroying yourselves and your beautiful planet. It’s an anthem. And it is sort of metamorphosiskind of record, where you are wiser, nicer, hopeful, cheerful, grown and informed to the bone in the end of it.

It is harmonious, abundant and loving. Everything is set just right. War has been defeated long ago. Hate is just a legend. People of the distant future do not pray like you, too greed, money, too people in power or an unforgiving God up above. On Fenris we just make casual telepathic conversation with the spirit of Fenris. She is our main guide in how live our lives upon her, as Earth should be yours. Fenris is a very intelligent and wise lady-planet with lots of humor…. incidentally quite rude humor. She will not stop with the sex jokes. Probably cause she enjoys our company and wanna keep us procreating in the most exciting ways.

What’s been your favourite place on earth to visit so far?

The Integratron in the desert land of Joshua Tree. A dome structure designed by ufologist and contactee George Van Tassel. It was intended to be a landing site for space crafts, aliens and future folk like us. But Van Tassel died before completion. The building is now occupied by what you call Hippy-Folk who give sound baths and yoga, gaze at the stars and talk about future-folk like us. We like these Hippy-Folk even if they did not believe us when we said “We are those future-folks you have been looking for!”.

Johann Sebastian Bach. We could write some weird shit together.

And we don’t know if Bach could sing. Because he never does on the recordings. So we would encourage him to do that for a change. We go: “And on vocals: Johann Sebastian Bach!”Imagine the crowd! They would go freakin’ crazy! “Bet he’s has got some sweet melodies!” and be like “Wooooohooooohoooooooo!!!”

What have people expect from your live shows?

You can expect to be emotionally teleported into the far future where we will cuddle with your souls for decades before sending you back to “reality”. Snap! What was that?! (As you will be when you see Chosen Ones the music video aswell.) It’s all good and safe, but we seek to put some danger back into rock n roll.

Tell us about the instruments you play.

Along with playing on our sexuality we play on things we found on our path; It’s a four string tenor guitar, a autoharp, bass pedals, mini organs, a figi-bit from the future and drums. They are all small. Cause we have nothing to prove.

Any more live dates coming up?

Lot’s in Norway from February and onwards. And in May we head back to UK for our fifth tour there. See you then.