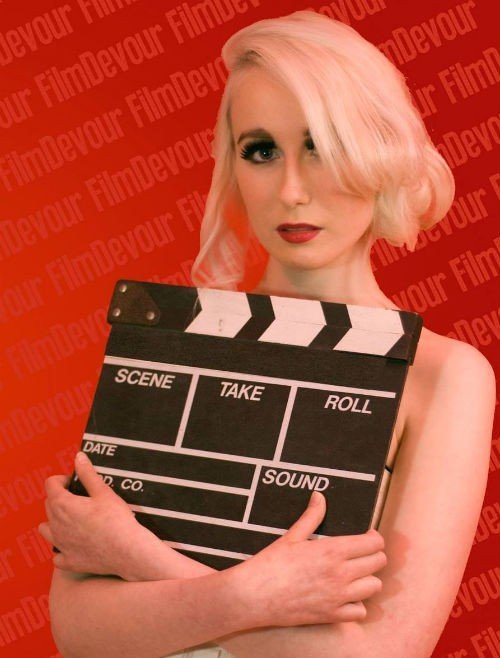 BELFAST Film Festival has returned. The festival, now in its 14th year, runs from March 27 to April 5 in venues across Belfast. Film Devour, one of the festival highlights took place on Monday March 31. Film Devour is a short-film showcase and on the night 20 short films were screened to a packed venue in Belfast’s Cathedral quarter.

The films ranged from two minutes to over ten minutes and from out-of-focus and no story line to high quality, budgeted, professional films.

From the first screening it was apparent the audience were in for some variety.

Film Devour is a unique festival; the submission process is open to everyone. If you submit your short film it will be shown and in the order that it was submitted. The festival is now in its 13th run and focuses solely on local film makers.

This is a great way for up and coming film makers and directors to showcase their work but also leaves the door open for lesser quality work.

The Door, directed by Chrissy Lee Stewart, was one such film. Out of focus, grainy, generally poor quality, and a storyline which didn’t quite come across this was a disappointing start to the night.

The second film Analogue love, directed by Stuart Drennan, brought hope back to the audience. A quirky love story about a girl and her retro TV it was clearly professionally made and well edited.

The Little Witch, directed by Alasdair McBroom, was shown forth. With high production values, exceptional HD quality, and an original storyline about a little girl who is afraid of monsters under her bed, this 2 minute short proved a highlight of the evening.

Into The Fire, directed by Mark Curran was screened sixth. A dark comedy shot in black and white with speech text and a great soundtrack. Made to look like F. W. Murnau’s 1922 film Nosferatu, and the director really pulled it off. A great twist at the end had the audience laughing.

Tenth on the screening list was Hoplophobia, directed by Brian Mulholland. Another dark comedy about a hit man florist who is afraid of guns, made with good actors, and good production quality. There was a moment in the middle were my attention was pulled but it came back to end well.

Becoming Bollywood, directed by Ryan Ralph was shown sixteenth. The only documentary of the night; following a Northern Irish woman who Belly dances with a traditional Indian troop. A lack of traditional Indian music, a bit long and not very captivating, but documentaries about dancing aren’t my cup of tea to begin with. I noticed the audience got wry and it was a bit long.

Ann And Harry, directed by Michael Walsh shown eighteenth. This film had potential in the opening sequence but in this festival, along with The Door, it couldn’t compete alongside the others. It was made for a 13-year-old boy, with ridiculous fart jokes and trying to capture the humour of Father Ted, sadly the story just didn’t work.

Finally at screening twenty, The Bird Man, Directed by Aideen Johnston was a great close to the evening. Short and sweet with a simple funny storyline which worked and had the audience copying the actions of the characters and laughing even after it ended.

With an eclectic mix of genres, qualities and visuals the night was as varied as one should have expected.

Film Devour chairman Brian Mulholland said: “Film devour short film festival 13 was another fantastic success. 20 short films of various genres made for an entertaining evening in front of a sold out attentive audience, showing that visual story telling in Northern Ireland continues to grow healthy and stronger with every festival”.

The main shorts programme of the festival will be held at QFT on Saturday April 5 from 10am – 4pm.
Film Devour awards:

For up to date information and find out how you can submit your own short film check out facebook.com/filmdevoursff or filmdevour.co.uk/