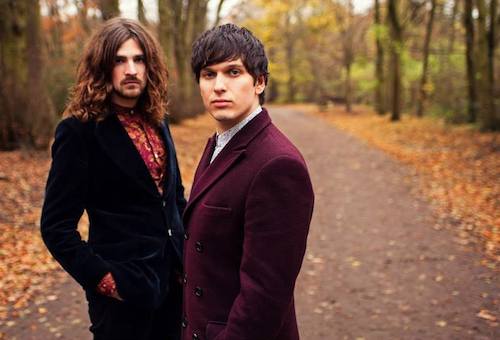 Morrissey & Marshall – Dubliners Darren Morrissey and Greg Marshall – release their debut album ’And So It Began’ on the 31st March via Independent Records Limited’.

‘I’ve Got a Plan’ (out 10th March), is a taste of the true essence of these modern day troubadours, which brings to mind the raw creativity of Everly Brothers, The Beatles and Simon and Garfunkel…

On working with legendary producer John Reynolds (Sinéad O Connor, Damien Dempsey, Passenger, Seun Kuti), the duo say: “Were really looking forward to this year – releasing our debut album with many gigs on the horizon. Recording with the wonderful John Reynolds in his home studio in London, was a perfect chemistry and we’re so excited for you all to hear it.”

Here’s ‘We Are One’ available as a free download: