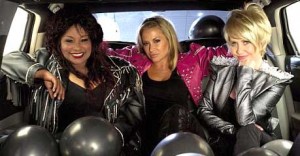 Due to phenomenal demand an extra Here Come The Girls concert has been confirmed for the Waterfront, Belfast on 22nd December. Tickets for the extra concert will go on sale this Thursday 22 October from The Waterfront Box Office and Ticketmaster.

Here Come the Girls is a dream come true for all three female vocal legends. Always seeking new challenges and exciting ways to connect with the audience, Lulu called upon two of the most recognisable voices in the business, the legendary Chaka Khan and Anastacia, to join her in an unforgettable evening of music, dance and more!

The music extravaganza mixes high-octane, high camp, get-up-and-dance, feet-just-canâ€™t-keep-still songs, against a backdrop of breathtaking glamour and fun, fun, fun! Itâ€™s a night out never to be forgotten â€“ the must-see show signals the beginning of the party season and the dawn of Woman Power!! The show kicks off in Edinburgh on the 21st November and tours until 22nd December 2009. 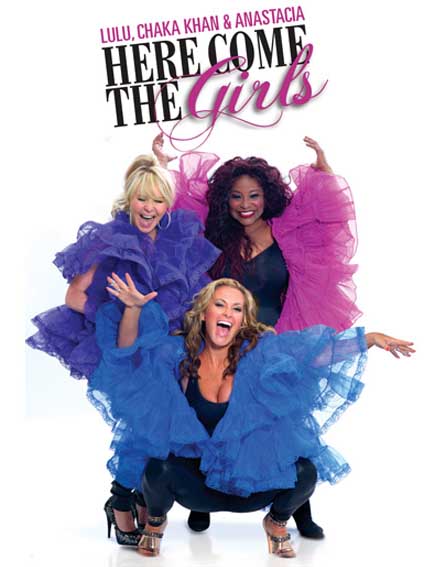 Here Comes the Girls is centred on the three superstar voices – Lulu, Anastacia and Chaka Khan – each with their own unique sense of style, humour and musical heritage. Celebrating all that it means to be a woman â€“ the laughter, the lost loves and the true loves, the yearning, the celebrating, friendship and family – the show mixes great music, laughter, tears, glamour, joy with bit of mischief for good measure! You will sing along to songs that are the soundtrack of your lives â€“ and we defy anyone not to dance, dance, dance!

Lulu says:
‘I am so proud of our Here Come the Girls Tour. Putting it together has been exciting and I am thrilled that these great voices, and now my great friends, Chaka Khan and Anastacia, are sharing the experience with me. The Show is a celebration of us women – a little mischief and a lot of fun, set to real get-up-and-dance music. Talk about woman power!!!”

Chaka Khan says:
“The idea for this show caught my imagination the moment Lulu mentioned it to me. Together with Anastacia, we have now built a show that we ourselves would be excited to go and see. For me, Here Come The Girls is about great music being shared among great friends, all having a little too much fun in a fabulous atmosphere…!”

Anastacia says:
â€œI’m super excited to be part of Here Come the Girls. Itâ€™s going to be such a fun show with tons of surprises and fabulous music. Iâ€™ve long been an admirer of both Lulu and Chaka Khan so its a dream come true to be touring with them and to be part of a show as unique and special as this.â€
www.herecomethegirls.org
Belfast Date Event Ticket Details
Tickets for the extra Here Come The Girls concert will go on sale from Thursday 22 October at 9.00am