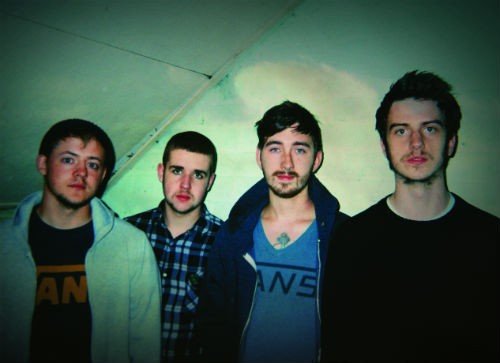 Belfast band More Than Conquerors have been busy making their mark on the local music scene in their native Northern Ireland over the last few years. Their music has been making its mark across the UK too.

So I guess first off we may as well ask where the band name came from?

No problem. The name Is actually biblical, there is unfortunately no amazing story behind it. We just thought it sounded good.

If you had to sell your music to our readers what paragraph would you use to do so?

‘It’s honest, loud, catchy and it’s your kind of music.’ I think that should be enough to sell it to them. 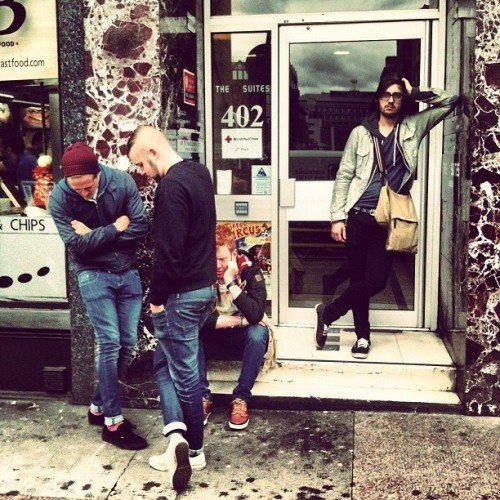 We formed in 2009 for a battle of the bands. We had no intentions of making it a full time thing but then the songs started coming and the universities started looking less and less appealing.

Did you play pubs and clubs etc. as you pursued your dream?

We’ve all been in bands since a young age so we’ve played almost every type of venue. We still play mostly pubs and clubs due to the fact that the arenas haven’t got time for us just yet. We need to wait until Cheryl Cole bites the dust then we’ll take her place.

Can you give us an insight into how the band create new material?

Usually an already finished verse and chorus is brought to the practice room. It gets chewed up and spat back out and a More Than Conquerors song appears.

You have been touring the UK recently. Have you seen a positive response to your work there?

Yes most definitely. Some parts more than others but with more touring comes more of a response. For us, Glasgow is like our second home. We recently played a headline show in King Tut’s Wah Wah Hut to 200 people which is incredible. It just goes to show the effect touring really has.

Have you noticed your fan base grow in the last year?

We really have. We write and play music because we love it but when other people are loving it along with you, a band couldn’t really ask for more.

Do you as a band monitor your social media exposure and contacts?

Social media is a big part of music these days. We are constantly keeping up to date with Facebook and Twitter. It’s a great way to keep in touch with the people who care about what we’re doing.

What is next for the band. Have you more tours etc. lined up to round off the year?

Our debut album will be released on Smalltown America Records at the start of 2013 and after that our lives will be one massive tour for as long as our bodies can stick it.

Is there an artist that you as a band admire and would (given the opportunity) wish to collaborate with?

One of favourite bands is called MewithoutYou so getting to collaborate with them or even just play a show together would be amazing.

Finally considering your success to date where do you hope MTC will be in a years time?

We hope to have seen more of the world in a years time. Europe, America, anywhere that will take us really and we hope to see the album do really well. We’re very proud of it so we just hope the people like it.
©FAMEMAGAZINE.co.uk