On the back of their incredible performance at Marley Park yesterday, Paramore have announced details of a return to Dublin on Saturday 6th November to the O2. 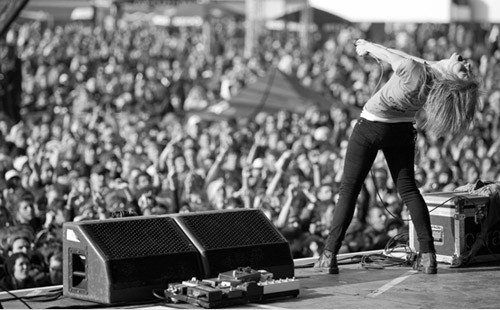 Tickets are on sale from next Wednesday 30th June at 9am from Ticketmaster outlets nationwide.

Paramores third album brand new eyes went straight to the top of the Irish charts on its release last September.

The record also went to number one in the UK and Australia and topped the US Billboard Alternative and Rock Albums charts reaching Gold status.

Produced by Grammy Award-winner Rob Cavallo (Green Day, Kid Rock, My Chemical Romance) and co-produced by the band, brand new eyes is unquestionably Paramoresbest and brightest album yet, fit to burst with all the exuberant melodies, breathless hooks, and irrepressible energy that has made the Nashville-based band one of the most popular rock outfits in recent memory.

Under 16s must be accompanied by an adult.