Due to phenomenal public demand, Lee Evans has added three additional nights to his forthcoming shows at the Olympia Theatre this July. Tickets for 14, 15 and 16 July swiftly sold out forcing the comedy king to add 17, 18 and 19 July to his â€˜Lee Evans- Big â€“UK Tour 2008â€™.
In addition to these sell out shows, the award winning comedy genius set new records in the UK on the 15th December 2008 when he sold out 4 shows in the O2 Dome, 4 Shows in Wembley Arena and 7 shows in the Cardiff International Arena in one day!

These Irish dates form part of the tour which will see Evans become the first comedian to play to a capacity crowd (15,000) at Londonâ€™s O2 Arena and in the process, break his own Guinness World Record for the UKâ€™s biggest ever live comedy gig.

With a total of 300,000 tickets available, ‘Lee Evans – Big – UK Tour 2008’ will be not only Evans largest tour to date but will make history by including the first comedy gig to grace the stage of the capitals London O2 Arena. 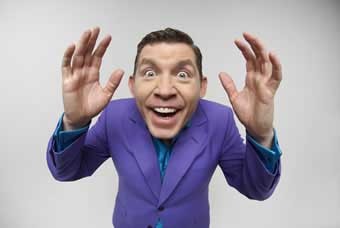 He said: Im really keen to get back out on tour again and go all around the country. You get such a buzz from the live audience, the reactions are just so immediate and totally spur you on theres nothing else quite like it.

Being the first comedian to play at the O2 Arena will be amazing, Im so excited to be able to perform there its a big space to fill but I love a challenge!

Evans broke the Guinness World Record for a solo act performing to the biggest comedy audience at the Manchester Evening News Arena in 2005 when he played to a crowd of 10,108. However, hes set to smash his own record by almost doubling that total in just two nights at the O2 Arena in London.

Lee Evans tickets are priced from â‚¬35.00 including booking fee and can be purchased via the following options

Â· In person at the Olympia Box Office and Ticketmaster outlets nationwide.