The Pussycat Dolls have just confirmed a 2nd Irish show with a date in The Kings Hall, Belfast 3rd February 2009 following the announcement last week that they will also play the O2 Dublin 1st February 2009.
Tickets for both shows go on sale TOMORROW Wednesday 22nd October . The Pussycat Dolls brand new single â€œI Hate This Partâ€ is out 28th November and is taken from the latest album â€œDoll Dominationâ€ which is out now.Â  The Dolls will perform such hits as When I Grow Up, Donâ€™t Cha, Stickwitu, Beep, Buttons, I Donâ€™t Need A Man and many more. 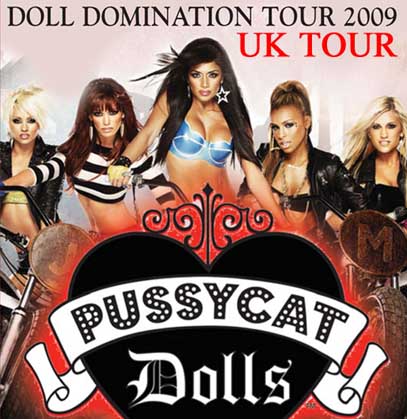