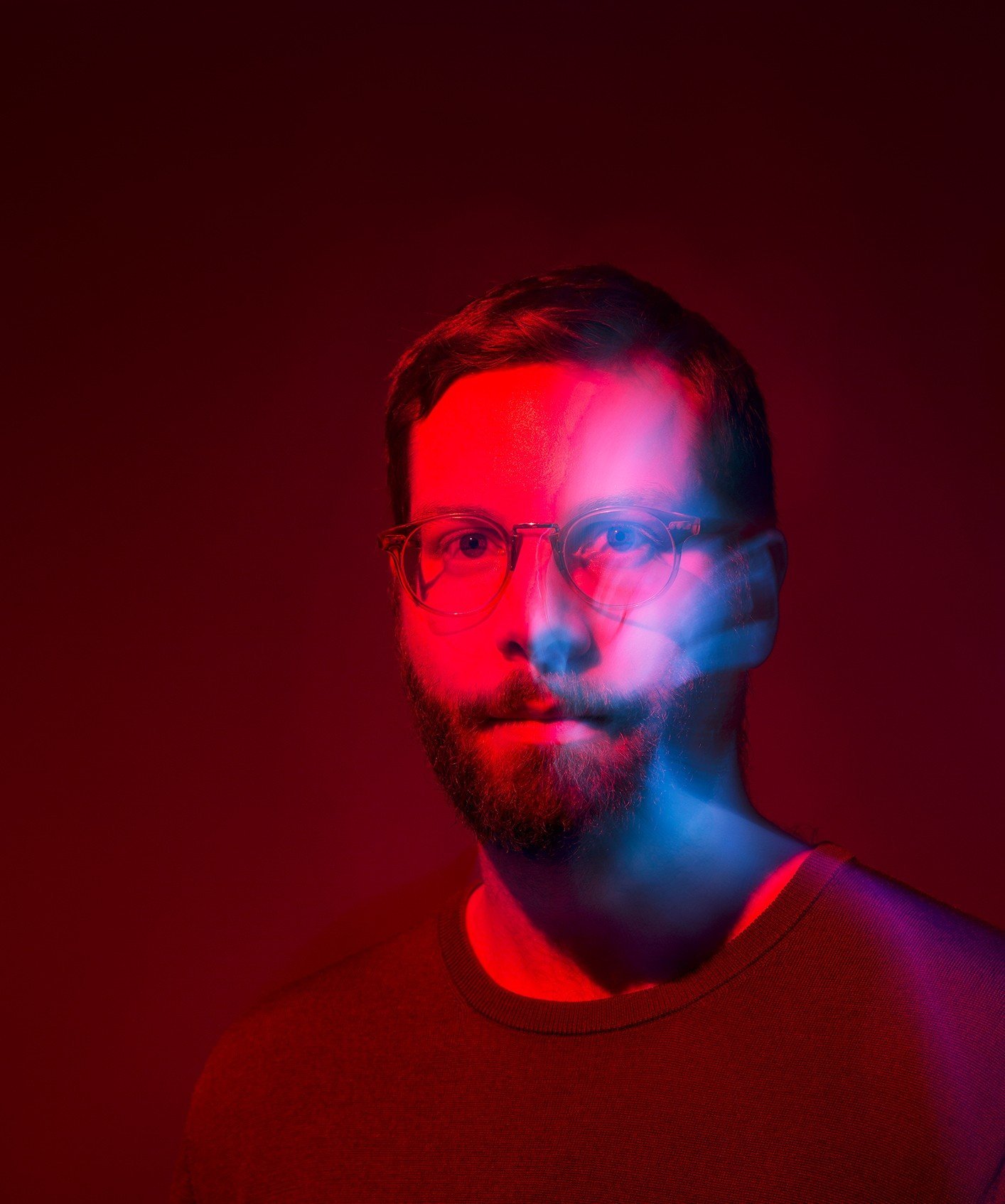 Couple of weeks back we featured Monoh’s stunning video for his debut single With Attitude. In light of his self-titled EP finally coming out this past Friday, we decided to reach out to the man to find out a bit more about the project and what makes him tick.

For the latecomers: Monoh is the moniker of Zürich-based sitar player and electronica artist Roger Odermatt. Roger studied the sitar and classical Indian music under the auspice of one Ravi Shankar’s disciples, Pandit Shalil Shankar. His debut EP is an attempt – a very successful one at that – at giving a new spin to the sitar / electronica fusion.

Let’s start at the beginning, what made you pick up the sitar?

I first heard this exotic instrument on albums by The Beatles. George Harrison was experimenting with the sitar and other Indian instruments on Revolver or St. Pepper’s Lonely Heart Club Band. I was fascinated by the sound of it and wanted to know more. I found my first sitar in a music shop in Zurich which sold all kinds of “world music instruments”.  After a bit of  fiddling around with it on my own, I went to see a concert of Pandit Shalil Shankar, which eventually changed the course of my life completely.

You studied the instrument rigorously under his tutelage for ten years – what was that like?

In the first year or so, the lessons were rather informal and irregular. I probably met him once  a month. In the beginning I mostly went there with my guitar, even though I bought my sitar even before I even met Shankar. He would encourage me to learn from him on the guitar. He probably felt that it would be too hard for a westerner to learn the sitar. However, after some time I convinced him that I really want to learn this instrument and that I was serious about it. After that, the lessons changed, and I started to learn in a more precise way. Technique was the most important aspect and the daily bread of these lessons. Besides playing, we used to cook together and had many deep, philosophical discussions. It’s even in Shankar’s autobiography, which we wrote together.

What is the single greatest lesson that you received from this experience?

I must say that I was heavily influenced by this man and his outlook on life. The greatest lesson, over the years, was to experience how concentration is a powerful tool in all aspects of life and that it can be practiced. Imagination is key to manifestation. I believe, that, if you can fully imagine something you can materialise it eventually. I never was the type of person who leaves things abruptly, anyway. From Shankar I learnt how important persistence is in order to achieve your goals and plans.

How did you end up working with producer Alessandro Giannelli  and what was his input?

I was experimenting a lot with my own recordings, but I knew that if I wanted to release it I needed help on the recording and production side. Alessandro Giannelli is not only an extremely close friend of mine, but a longtime musical partner. So, he was automatically my go-to-person. We took my ideas and went to the studio together. This was a very exciting time! Alessandro is a very sensitive producer. His contributions to this EP were immense and he brought the best out of me in the process. I would like to mention, here, that For Good, the last track on the EP, happened in one take. It was fully improvised and we didn’t do any edits on it. The only thing we added, that same day, was the bass line and some shimmer reverb, which makes the sitar sound even more ethereal. I still  believe that the mic setup Alessandro made for me on that day resulted in the best sitar sound I’ve ever had in the studio. I think that subconsciously I carried this tune in me for some time and this sound and atmosphere allowed for this magic moment to happen. These are rare moments in a musician’s life and I’m deeply thankful that it got recorded.

The sound that you guys created together, is this something that you had in mind all along, or was it an outcome of a series of studio experiments?

My initial idea was to record in such a way, that I could easily reproduce the music with a simple live setup. So, in a way, I was limiting myself from the beginning. But once at the studio we started to experiment with literally everything that was there. From bass synthesisers to multiple percussion instruments and drum machines. I figured, why should I put limits on this creative process? Let me worry later about how to implement all of this on stage later.  For example, in my drafts of the tracks, I was using the body of the sitar as a percussion instrument. From these recordings we isolated the sounds in such a way that we could process them further and “pump them up”. You can hear it on Zooloo and With Attitude. Both beats were partly made with these sitar-percussion samples. I think this added a  signature sound to these tracks.

What is the next thing on your agenda? Live shows, perhaps?

Yes, I’m touring with the new music. It was a time-consuming thing to prepare the live looping setup for the stage. Very interesting too! I’m quite happy with the whole outcome and I enjoy playing for crowds at clubs and at festivals, a lot. By the way: I always loved traveling to the UK to play with different bands. Let’s hope that I can come there soon to play this stuff for you guys.