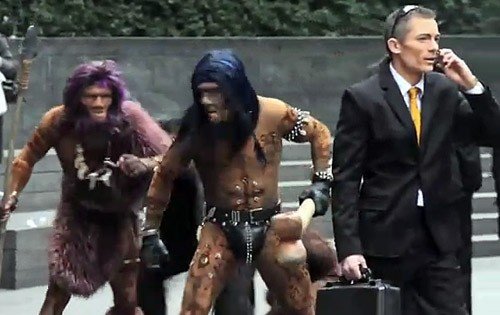 The spectacular Cirque du Soleil took to the streets of London to bring a taste of its evolution themed show TOTEM to the highly evolved financial district.

The outdoor, pop up event on Broadgate at Liverpool Street Station was a rare chance to see the unique Cirque du Soleil performers outside of their London home at the Royal Albert Hall, where TOTEM is running until Thursday 17th February 2011. 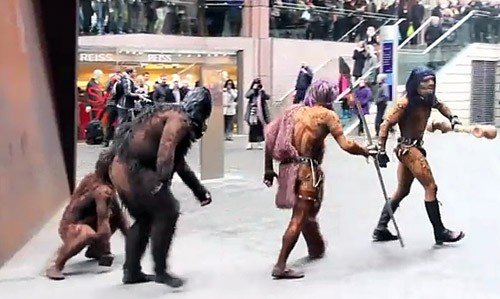 Passers by were surprised to find monkeys and gorillas tackling the escalators while Neanderthal men got to grips with commuter essentials such as coffee, Oyster cards and the daily papers. 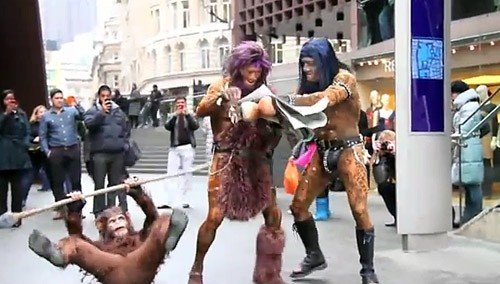 An unsuspecting business man appeared to be stripped of his belongings until the undercover acrobat was revealed as part of the show’s cast.

The new TOTEM show, which premiered in the UK earlier this month, has amazed hundreds of thousands of people since its world premiere in Montreal last year.