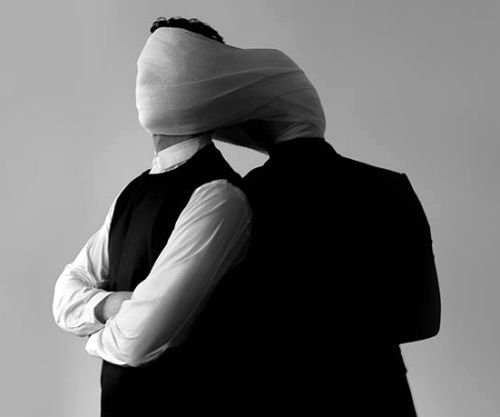 London-based creative electronic outfit Monarchy – Andrew Armstrong and Ra Black – return with their highly-anticipated EP ‘Almost Human’, set for release 8th September on their own label Hacan Sound through Believe Digital. To celebrate the release, the exciting duo is running a competition to create a video for title track ‘Almost Human’.

Monarchy is giving fans, filmmakers, animators and visionaries the chance to create a promotional clip for – in the words of the band…”what is probably one of the favorite tracks we’ve ever written”. Here’s the electronic-soul gem.

Known for their stunning and bizarre videos Last years hit ‘Disintegration’ saw burlesque queen Dita Von Teese lending her suggestive vocals to a track for the first time.
The wonderful video by Roy Raz, featured burlesque star Dita extensively as the classic 1950′s housewife escaping the monotony of her marriage through sexual fantasy.

On looking after every aspect of their own music production, Armstrong reveals: “Creating our own label, Hacan Sound, allowed us to keep everything in-house without compromising our artistic vision – everything comes out the way we want it to. When not singing RA is a web guy and looks after our website and I make music with a side project called Horixon with releases on Kitsune and Eskimo Records”

Competition details are available at monarchysound.com/videocomp.