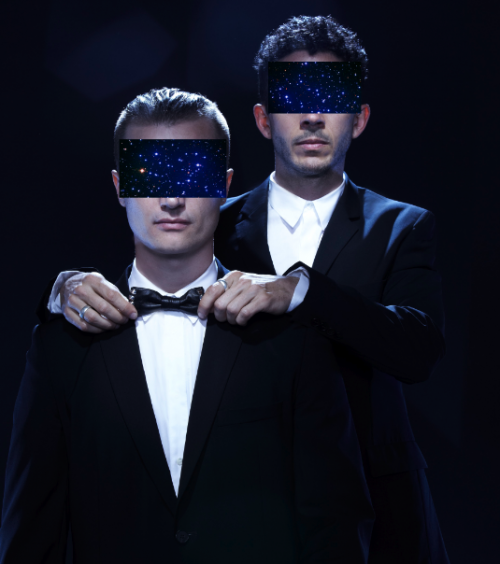 The world of electro pop has been one such music genre that we at Fame love to appreciate. An act on our recent radar has been the talented combo called Monarchy.

Monarchy (Andrew Armstrong and Ra Black), have been busy as of late. With a hit album under their belts and many well-received remixes too, this is a band on the rise.

When Fame learnt that burlesque star Dita Von Teese was signed up for one of the band’s videos (Dita’s vocals also features on the track!), we simply had to drop everything and chat with Andrew about it. 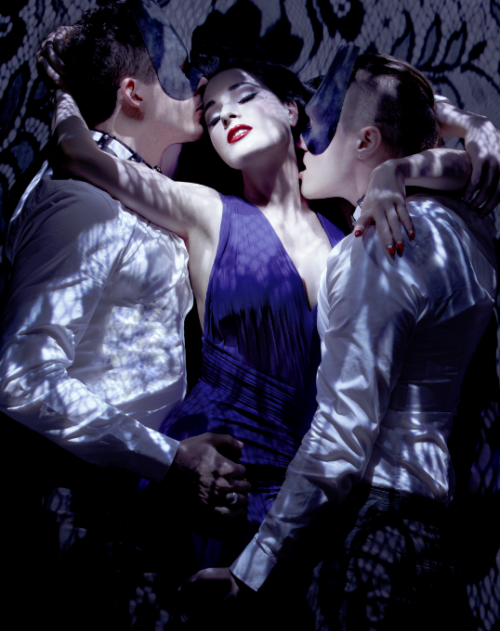 Andrew, so firstly I guess we have to ask you how you got burlesque star Dita Von Teese to appear and to sing in your new video/track ‘Disintegration’?

It’s the first time she’s ever sung on a released track before. 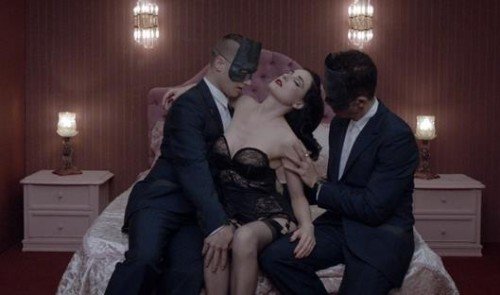 The collaboration was born out of mutual respect for eachother’s work. Dita saw us perform at Coachella in 2011 and became a big fan of the band.

She started tweeting about us. We started emailing. She booked us to DJ at one of her events. 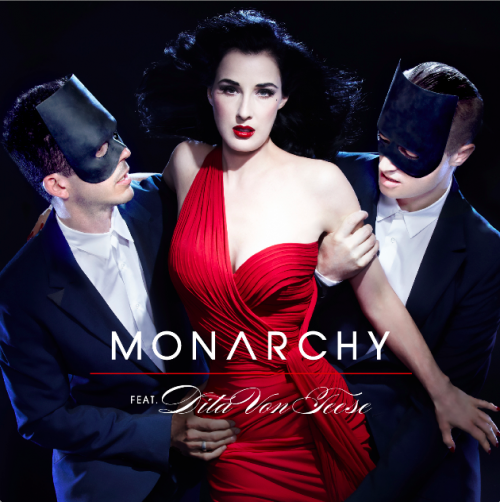 Then late 2011, having just met her once, she invited me to join her in Paris with her friends for five days at Christmas. Of course I accepted.

So we had a great five days in Paris, Dita is surrounded by some amazing creative people: Mr Pearl, Diane Pernet, Ali Mahdavi, Eric Szmanda.

We had dinner up the Tour Eiffel, private tours of Musee D’Orsay. It was incredible. It was at that Christmas that we planned for Dita to appear on one of our tracks. So I returned to London, Ra and I wrote the track, and came back to Paris to record her. 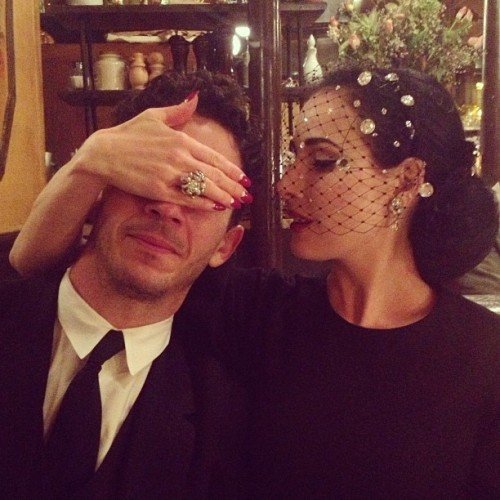 Can you tell our readers how Monarchy formed and what your initial dreams where?

How would you describe the music of Monarchy to our readers?

Sometimes we’ve been compared to “Daft Punk meets Scissor Sisters”, which we can live with, though we feel we’re more in keeping with LCD Soundsystem, Empire of the Sun, maybe a more electronic Phoenix. Loosely, we’re indie-electro-pop.

You have a new album in the works what can we expect to hear on that?

This album is a bit rawer than the last album, more organic sounds. We feel the song writing has improved, we’re more mature now, and it seems to flow a little more easily. But that’s just our opinion, and each listener will have their own. Maybe they’ll hate it. Until it’s in the world, we cannot say.

May we ask how Monarchy begin work on a new piece of material. What process do you use to create a new track?

We start in many different ways. Sometimes Ra comes to me with a little melody, or an idea, or sometimes I go to him with a bit of a back track. With Disintegration, I came to him with the title idea, and some ideas of what Dita could sing, and he wrote the chorus.

Actually, he wrote a whole range of choruses and we settled on that one. So it never a straight line, or a singular solution, and we’re constantly changing the way we work.

Have any any bands inspired the music of Monarchy. If so who?

How important is it to play live for a band like yourselves?

We love playing live, and we often use it as an inspiration for writing. We imagine how it’s going to work, performing it live. It’s an important part of expressing ourselves, and showing our music.

Plus, we love the opportunity to travel and experience other cities and cultures first hand. It’s an amazing way to see the world. Travel is probably the single best use of time and money, in my opinion. Travel well and a lot, and you’ll understand so much more about yourself and others.

What does 2013 hold for Monarchy. Have you many live shows and other releases lined up?

We’ll be releasing our new album in 2013, and performing as much as we can. We’ve got some live dates lined up, more coming. We’re hoping it’s going to keep us very busy.

After working with the lovely Miss Von Teese once already do you forsee any future collaborations?

We’d love to work with Dita on some of her own music, maybe produce her album for her, though we have to convince her she has a great voice before that. She’s quite microphone shy. We’ve got a few other collaborations up our sleeve, but more on that when they are confirmed. 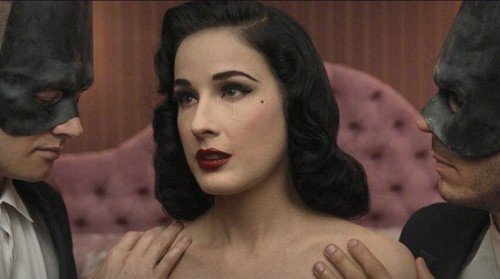 Finally what can you tell us about a how Monarchy wind-down after a live show. Have you any rituals you adhere to?

We pack up first, otherwise packing up half drunk hours later is hell. Then a drink. They are the only rituals.

Some of the band then keep partying. Some are more reserved and head for the hotel. We take it as it comes.
©FAMEMAGAZINE.co.uk