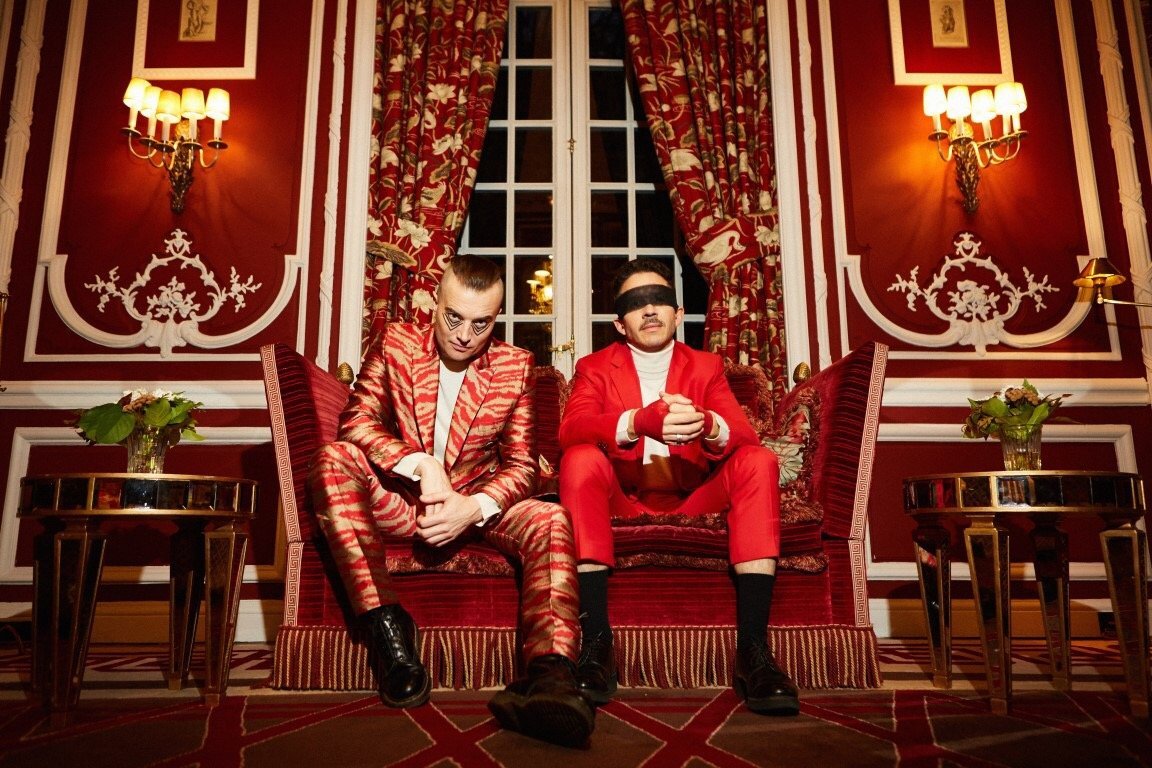 This is album’s standout track Back To The Start…

Hello Monarchy, it’s been a while! We last spoke to you in 2014! How’s life been since then?

Ra: It really does feel like a lifetime ago. For the past three years I’ve been living in between Australia and Europe. I’m better at jet lag these days.

Andrew: some people say time moves quickly, but for me it feels like it moves slowly. That feels like a lifetime ago, so much has changed.

You’re back with a new album, Mid:Night, tell us about it:

Ra: It’s the 8 songs that best represent who we are or who we want to be.

How does it compare to your previous releases?

Ra: I’d say it has more positive vibes in it than our other albums. It didn’t stars that way. We let go a bunch of songs that were getting in the way of making us happy.

Andrew: I also think it’s more consistent. The sounds are tighter, and we’ve developed so much as song writers and producers.

The video for your single, Back to the Start is great, was that fun to film? and who’s the girl?

Ra: Yeah, really fun to film. It all came together in 4 days. It felt like Celia came from out of space to save us.

Andrew: Was the most fun video we ever made. I loved learning to dance for it, was the best. Such a great team as well.

Does the choreographed dancing come easy?

Ra: No! Huge respect gained for dancers after doing that video.

Andrew: We worked with a choreographer for the video, he was awesome. We hope to keep working with Cristian.

Your live shows are very popular, what do you think the key is to deliver a great show?

Ra: Be competent. Try and find yourself. Rehearse enough so you can be present in the moment.

Andrew: Live in the moment.

Where can we see you play next:

Ra: We’re playing a couple of shows with GusGus in Dublin on the 26th Feb and Glasgow on the 27th Feb.

Andrew: then hopefully on to Europe shows over summer.

Ra: When I was very young I saw Prince perform. It changed my life.

Andrew: I saw David Byrne perform last year and I was in tears. One of the best shows I’ve ever seen.

You’ve been releasing music for over 10 years now, are there any stand out highlights from this time?

Ra: Playing live is often a great experience. Traveling to new places and performing to people who love music is a beautiful mix.

Andrew: yes I love the travel with the band. Seeing the world is the best thing you can do with your life.

What advice would you give someone starting out in music now?

Ra: Only do it if you love music and love playing/creating music. Don’t do it for fame or money. Oh, and practice a lot.

What are your plans for this year?

Ra: We feel like we’re on a roll with writing at the moment, so we’ll do that until we start touring in Europe in the summer.