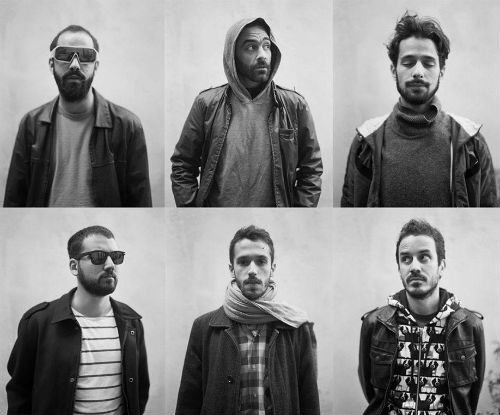 Buenos Aires, Argentina based band MOMPOX started their project in the summer of 2008 with an objective in mind: to create a band of several singer-songwriters in which 50’s American pop and 60’s psychedelic composition and arrangement styles combine with hi-fi and experimental modern sounds…An aesthetic that could suggest an unlikely cross between Buddy Holly and Kraftwerk, Gorillaz and Donovan or Roy Orbison and the first New Order. Their latest EP ‘Beat, Sweet Bit’ (out now), is a small and clever collection of modern day sweet electro pop gems.


Can you talk a bit about your new EP “Beat, sweet bit”?

“Beat Sweet Bit” is a collection of songs and objects introduced through a TV show. It is also a new way of producing and promoting our music. We know that we are facing a change in paradigm, the Internet is now the way people access music. The physical object has become an accessory and the CD are no longer an exclusive format: data no longer need to be contained.

“Beat sweet bit” confirms that today, anything can be a record. There is no Long Play, no CD. Each object contains a download code which grants access to the songs and additional material. This first EP is released as a fortune cookie.

It is a platform for music videos, short films and some other media that introduce both fictional and real-life characters that establish up the parallel universe that is Mompox.

Musically, we were looking for material that was organic and tangible. All the songs were played live a lot before we entered the studio and we wanted that live spirit to be captured on the recordings. For the first time we decided to involve an external producer: Nicolás Kalwill (Cocorosie, El Río). As a result, we achieved a really different sound, more fresh and compact than our last studio work, ▲ (2011), which had a lot of overdubbing and layers.

Can you introduce the band?

We’ve made presentations in the most important venues in Buenos Aires and toured through Argentina, Uruguay, Mexico and US highlighting participations in festivals such as SXSW and Vive Latino. We’ve opened for Tame Impala and The Ting Tings in Buenos Aires and we shared stage with bands such as Astro, Nortec Collective, Atlas Sound, Crocodiles, The Boxer Rebelion and more.


Why did you pick your band name?

Mompox is a beautiful city in Colombia and is also the name of an alley in Buenos Aires near our rehearsal place. The sounding of the word was what called our attention in first place. We were in the middle of the process of recording our first album and we had absolutely no clues about the band’s name. We were looking for something without a particular meaning in any language and Mompox applied instantly for that purpose. I think no new ideas appeared after that and also we were more worried about the music and finishing the record than the band’s name.

Mompox started in a drunken meeting between friends. We all knew each other from previous musical projects and shared similar musical tastes. At some point that night someone said “Hey, why don’t we make a record in three months?”. Some of us had just finished a 20 minute record called “Treehouse” that took over two years to finish so it was a great challenge.

The project was a complete fail because it took us another two years to make that record, but when we finally released Mompox & The big umbrella (2010) we already had a band and a goal. 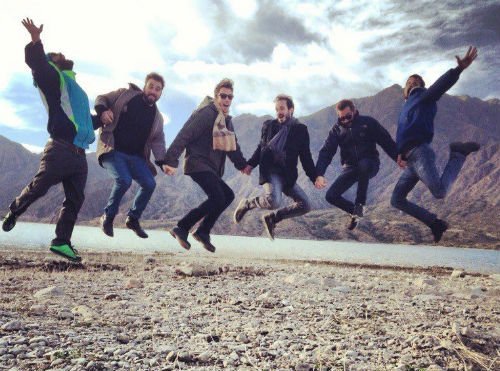 How do you sell…to someone unfamiliar with the sound?

Our sound contains multi-layered, electronic and psychedelic pop rock arrangements. We put together composition elements from 50’s and 60’s songs with a filter of modern sound and studio experimentation.

Being independent is a whole new chapter in the music industry. The hardest part is dealing with the extra-musical parts of the music. To be occupied with business, money, contracts, strategy, publicity or licenses. As musicians, we prefer to be making music, but this finally strengthens our relationship with the audience and with other musicians.

We are unorthodox, so we don’t have a structured method. We are anxious, so we are creating new versions of each song every time. Sometimes we work on a piece someone bring and there is a mutation into something else, there are also many songs that are a collage of parts and stuff and there is a lot of stuff coming out from jammings too. Also, we always think of recording and live performing as two very different instances, so there is also the process of translating a recorded song to the stage or the way back.

Our main influence at this point are all independent musicians who work hard and with no more support that their own trust in what they do and the love for music.

We were traveling, performing and recording for two years now and it was as great and enjoyable as tiring. We are writing new songs, starting to put together the second part of BEAT, SWEET BIT and working on some collaborations with friends and musicians we appreciate from all over the world.