The family of Malcolm McLaren has asked fans to crank up their stereos for a moment.

Passing away after a short battle with cancer, the punk impresario is due to be buried today (April 22nd). To coincide with the funeral his family have asked fans to engage in a “minute of mayhem”. 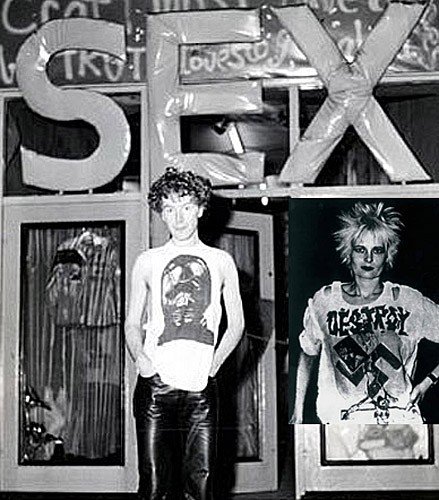 In a statement to fans, McLaren’s son Joseph Corre asked fans to crank up their stereos at mid-day “in celebration of Malcolm’s life”.

“Put on your favourite records and let it RIP!”

The funeral take place in Highgate Cemetery after a procession through London. The cortege will be led through the streets of Camden, including Camden High Street and Chalk Farm Road.

The punk pioneer died earlier this month from mesothelioma, a rare form of cancer which is commonly associated with asbestos. Sources close to Malcolm McLaren have claimed that the punk manager may have been exposed during refurbishment to the infamous SEX shop in the mid 70s.

Malcolm McLaren’s family have requested privacy at the funeral, although fans can make donates to the manager’s preferred charity – Humanade.
www.clashmusic.com
www.humanade.org.uk