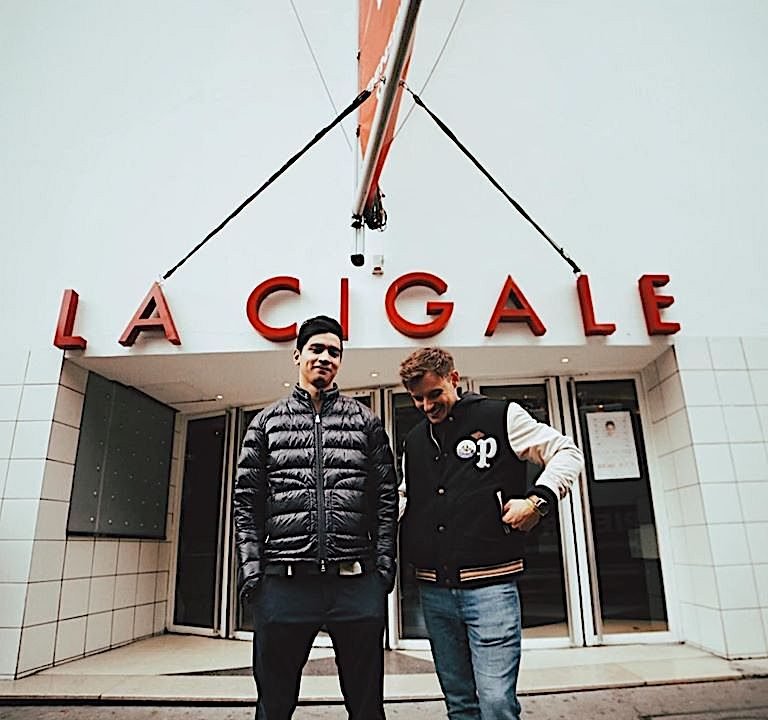 French producer Møme and LA singer Ricky Ducati teamed up for disco-soul inspired gem Got It Made.

What’s the first album you bought?

R: Jeff Lynne of Elo and Daft Punk These artist have the ability to evoke my imagination and take me to realms where I can lose myself. I’ve always appreciated their attention to detail and respect of music itself.

J: I got a lot of classic inspirations from Alan Parson, Led zeppelin (and more) probably because old rock music sounds warmer and non linear; I also was influenced by Flume recently; he opens the way to bedroom producers and his music helped me understanding a lot about mixing and music production.

R: I usually write about something that is affecting my life, but always sub consciously. Usually I’ll look back at the lyrics and it feels like some spirit has written the song to tell me something, and it’s very strange.

J: I’m very influenced by movie-scenes: I love combining art and I can’t write music without thinking about a scenario.

Tell us about your new single for ’Got It Made’?

R: This track for me summaries the album and really brings together a lot of my favorite pieces from the 80’s minus the hair. I think it carries that feeling of driving midday down Sunset Blvd moving into night time and sets up the rest of our playlist nicely.

J: Yeah, this song represents to me all of my feelings when I’m traveling to LA. Some districts of the city give me a certain throwback kinda vintage vibe. It’s a pretty similar feeling as Ricky.

J & R: For this year hopefully we will see the release of a few more singles from the album- we have a lot of content to share so it’s just the beginning. We are also planning to tackle a new world as artists because we now must discover creative new ways to interact with our audience as we are limited with travel and performing.