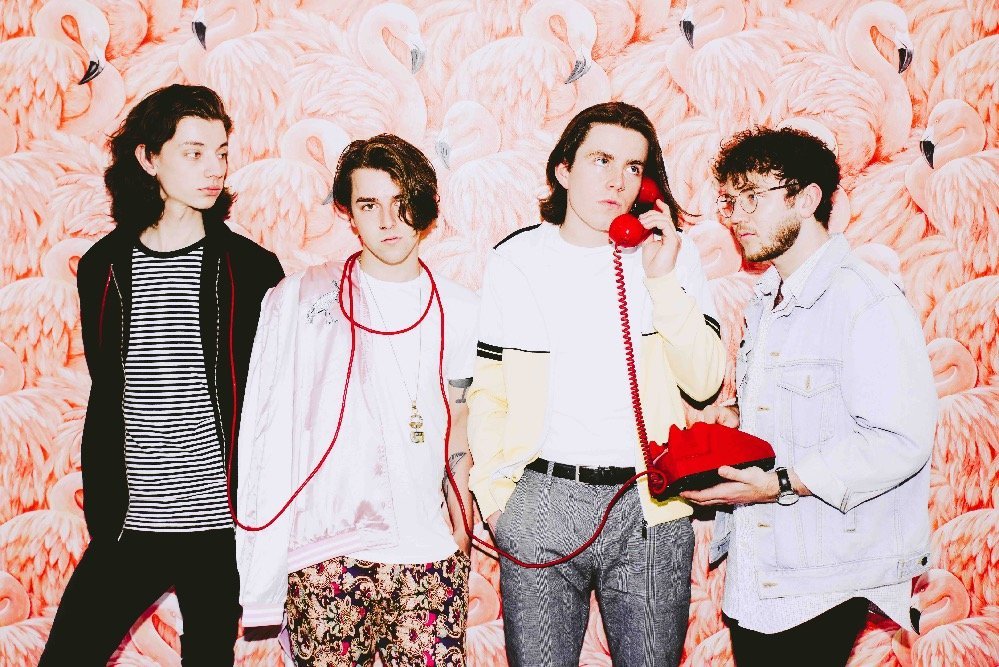 You have returned with your new single ‘Lover’, can you tell us a little bit about the track?

When writing new music how does the songwriting process work in the band?

Well currently it’s a super sunny day and we’re sitting in a park with beers coming up with vocal melodies for a new tune. So right now the song writing process is pretty damage.
Really we’ve been writing together since we were 14 and we’re that used to bouncing ideas off of each other that we can’t really write a song properly unless we’re all in a room jamming it out. It’s a decent trait to have but it’s a pain when folk go away on holiday to Portugal. That’s an indirect comment aimed towards Kieran who’s currently on holiday in Portugal. He’ll never read this though, so fuck it.

You made your name in your hometown of Dundee, what is the scene like back home?

When we first started going to the gigs the scene was class. There were tonnes of venues and you could go out most nights of the week to a gig. Loads of it came off the back off The View’s success and made kids like us realise you could make being in a band your job. It’s all died out a wee bit now and a lot of places have shut down but there are more and more great bands starting to come out of Dundee again so we’re personally pretty excited.

Once you were signed was there a pressure to move to Glasgow or London in order to take that ‘next step’ in the industry?

Na, not for us really. It was pretty obvious that we’d benefit from living somewhere like that but we just realised it wasn’t really an option at the time. We’re pretty comfortable in Dundee and operate pretty well from there but maybe some day we’ll head off somewhere else but we just paid our studio rent today so it won’t be any time soon.

Our aim is to make something that is completely new to the music industry. We’re not trying to fit in or copy anyone else’s thing, if we do it well hopefully we’ll have a sound that no one has heard before.

Who would the one band you’d like to tour with?

Anyone along the lines of Bombay Bicycle Club, MGMT and Foals would be pretty great. They’re some of our favourite bands and influences over the years. Being from Scotland obviously means it would be incredible to tour with Biffy as well.

For those who haven’t seen you perform, what is a Model Aeroplanes live show like?

It’s a psychedelic, exotic, carnival disco. There are loads of flashing lights and weird space noises. It’s a vibe.

It’s gonna have as many shows as we can play, more new music and much more recording. We’ll have more new material out in a few months and a new EP on it’s way ASAP.