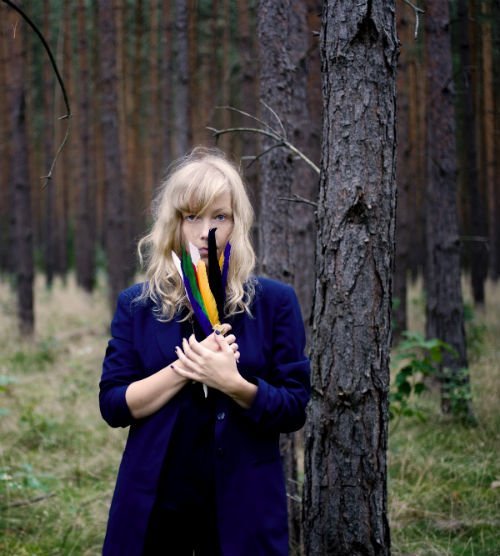 Hi Miss Kenichi. Can you tell us the story behind the name?

The name is a fusion of two characters from the Japanese anime movie “Robotic Angel”, which is based on Fritz Lang´s silent movie “Metropolis”. The main character Tima, who I look very similar to, is a robot designed to be a super-weapon, a control instance to rule the city of Metropolis. When there is an attempt to assassinate her, she is rescued by a human boy named Kenichi. He teaches her to speak and they become close. Once she understands that she isn´t human, it drives her mad and tries to destroy the city and all the humans living in it. Kenichi rescues her again and avoids the destruction of Metropolis. In the showdown at the end she falls into an abyss, asking him: “Kenichi, who am I?” I needed her to live, so I merged the two and made her Miss Kenichi.

When did you realise you wanted to make music?

Music was always my great love. I sang and listened to music all the time, but I never had the concept to become a musician. There were a million other things that I wanted to become. I wanted to become a writer, studied stage drama and after that painting at the art academy, but I was constantly searching for something that could not be found, constantly trying to quiet the chatter in my head that told me that something is missing. Then one day my friend brought her electric guitar to our art studio and it was sitting there waiting to be picked up. As soon as I strummed the first chord, it was as if the roof opened up. The sound! The reverb! I kept on playing and playing, every day for hours and it just poured out of me. It was crazy. And for the first time in a very long time I was calm and everything felt right. People came to the studio to listen and ultimately I went to a bar to audition for a show there, since I didn’t have a demo.

I suggested to play a couple songs for the owner after the bar would close, but then I flaked out on him and didn´t go back. The magic happened two weeks later. In the middle of the night I got out of bed and went to the bar with my guitar and amplifier and he made me play in front of a couple people who were still hangin out there. They totally loved it and it turned out, they were all in the music business! One of them had a recording studio around the corner and the same night, something like 3am, we went there and recorded two songs. I had never been to a recording studio before and those two first takes made it on to my first album “Collision Time”. From then on it went. And I still play that very same guitar! After I had borrowed it forever from my friend for shows, because I couldn’t find another guitar that sounded as dark and wonderful, she gave it to me as a gift. “You obviously belong together.” she said. Ah, great stuff. 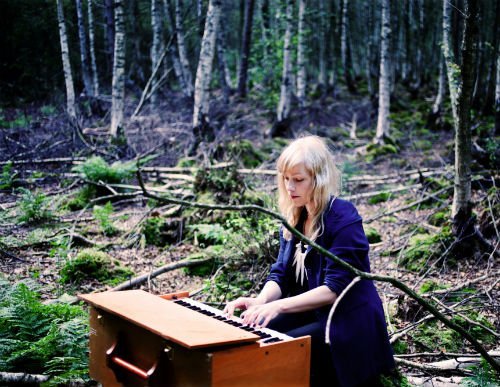 Imagery seems to be important to you (the video for ‘Who Are You’ is wonderful), what influences your art?

Everything around me influences my art. Stories, people, situations, books, movies. I am crazy about certain colors and textures. I can walk around cities and just freak out about the light and the colors, edges, shapes and forms. It´s always been like that. Or if you walk through a forest and you look at all the different shades of green and the movement of the leaves, some sparkling like light on water, some dark green, moving like heavy cloth…the shadows, the light…gosh it is so incredible!

Just think about the importance of color for a moment…What it does to you on a daily basis, and the importance it used to have. I love to hang out in the old masters section of the museums. Look at an altar painting from the 14th century and marvel at the blue and the red that is made from Lapislazuli and Crimson. It still elevates you 600 years later! It is important to surround yourself with quality and to understand the importance of it. It is a necessity. Not just a hobby or mere luxury.

Who have been the most inspiring people you’ve collaborated with so far?

It´s incredibly inspiring and so rewarding to work with Earl Harvin, who co-produced the album. He is such a gifted musician. We have a very strong connection and he brings out the best in me. Another person who I haven´t collaborated with, but who has changed my point of view within a very short amount of time is Harry Belafonte. I met him at a private screening of his documentary and we were about 20 people in the room. When I was invited to this screening by a mutual friend, I didn´t know too much about him except for his music and I had just done the first demos for “The Trail” which had all landed in the basket, because they were unsatisfying. So I was a little unsure about how to go on.

The film about him and his never ending inspiration, engagement and worship for people and the arts totally took me by surprise left me utterly astounded. I would go as far as to say that for this moment it reinstalled my faith in the power of arts. After the film was over, was sat and talked about the film, but I could´t say anything. As the group dissolved, he came over to me and said “I believe, you are an artist?”. I nodded. “And you are scared, aren´t you?” I nodded again not really able to say something. He smiled at me and took my hands in his: “Don´t ever be scared. You got everything you need. Fear is the greatest violator.” His words touched me so deeply. He made me want to become a better artist and a better person. It changed me profoundly.”

What have been your best and worst live experiences?

The best thing is when I get lost and all wrapped up in the music, when there is resonance, energy circulating and the music and stories take the lead.

What do you hope people learn or discover about ‘The Trail’?

I am not sure if I understand the question. What would someone discover while listening to it? Well, I cannot know, but I know what a good record does to me. Open me up, hold me, mean something, take me out or push me deeper inside myself, make time stop, make me think and identify, make me feel cheerful, contemplative or irritated. I personally don´t care about mere background music. Then I´d rather sit in silence.

Who were your influences as a young musician and how have those influences changed now?

My parents don´t consciously listen to music, so I was left with the radio and the records of my brother. I used to sneak into his room and look at the records. He is older than I am and was totally into Sci-Fi books and progrock at the time. I loved listening to the first bits of “Tubular Bells” and “Ommadawn” but he would yell at me because I scratched his records. He eventually locked his room, but by then I had my own stereo. My first seven inch was Neneh Cherry´s “Buffalo Stance”. I remember how she changed my perspective on what girls / women can be. Cool,cheeky, fresh, strong. Then I got into Run DMC, Public Enemy and all kinds of Hip Hop and so on.

Then I discovered Sonic Youth. When I listened to my first Codeine Record at some friend´s house, it really blew my mind and I played it over and over again. A really good friend of mine, who is about 20 years older than me, had a huge record collection. He worked a job and had his own flat, so I would skip school, go directly to his place and listen to music the whole day. That´s when I heard the classic albums for the very first time. Neil Young & Crazy Horse, Frank Zappa, Stevie Wonder, The Meters, David Bowie, The Beatles, Johnny Cash, Billie Holiday, Talk Talk etc. I guess that was my education in my teens. At the moment I am really into baroque and neoclassical music. Filmscores, instrumental music, that kind of stuff.

Will you be touring the album?

Absolutely. I have an amazing band with me. It sounds really great and I can´t wait to play.

Finally, tell us a secret about yourself?

No way! Then it´s not a secret anymore!