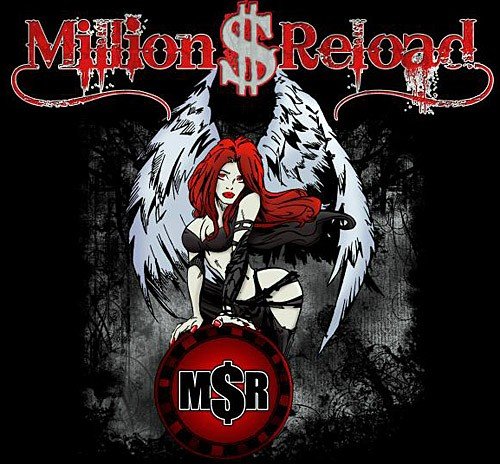 I’ve heard a lot about this band but for some strange reason I’ve never actually seen them in action and….oh my god I was seriously missing out.

These guys are serious musicians, a serious band who understand the importance of rehearsal, timing, branding, image and sound – many of the things our local bands forget.

They came on to the stage with a bang and that energy and vibrancy remained pretty much throughout the whole show despite me being convinced it would dissipate at some point.

I like 5-piece bands – they always sound full, solid and usually quite tight – mostly because they have to be otherwise it would sound like a pile of shite. 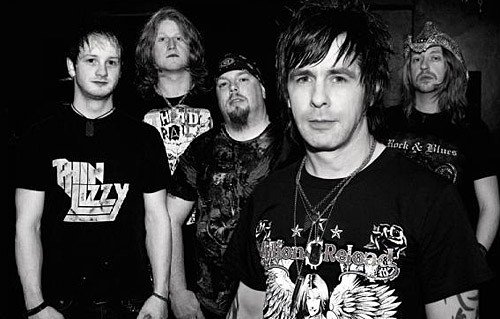 There’s something about Million $ Reload’s sound that I find familiar and I think it could be because they have a similar sound to the recently split Black Freeway (or maybe Freeway sounded like them).

There was a really nice bass-line throughout some of their tunes and the guitar solos were meaningful but not extravagant which was nice.

Backing vocals from three other members lifted the sound to give it a real professional feel, something I wish more bands would utilise.

The lead singer while obviously aware of his “frontman” duties is confident enough to stand up and be counted while interacting with the audience but also respectful enough to stand back when it’s someone elses time to shine.

These guys have a great following and know how to make the best use of the atmosphere and interact with their audience without being boring.

All in all I really enjoyed listening to Million $ Reload so much I now want to book them for a weekend slot at my rock bar, Ma’s on the Lisburn Road in Belfast.
www.myspace.com/milliondollarreload