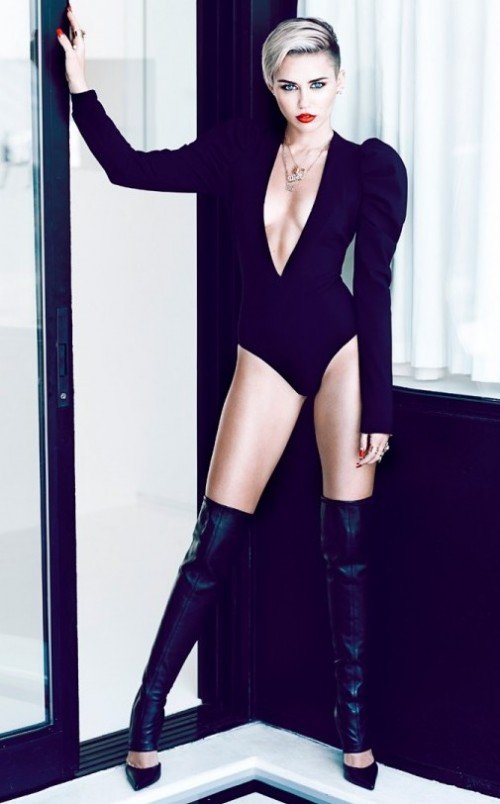 FASHION magazine’s Chris Nicholls photographed 20-year-old chart-topper Miley Cyrus at a private estate in the Hollywood Hills for their November issue (out now).

On set Miley opened up on her recent, radical transformation, her critics, and the making of her soon-to-be-released album, Bangerz… 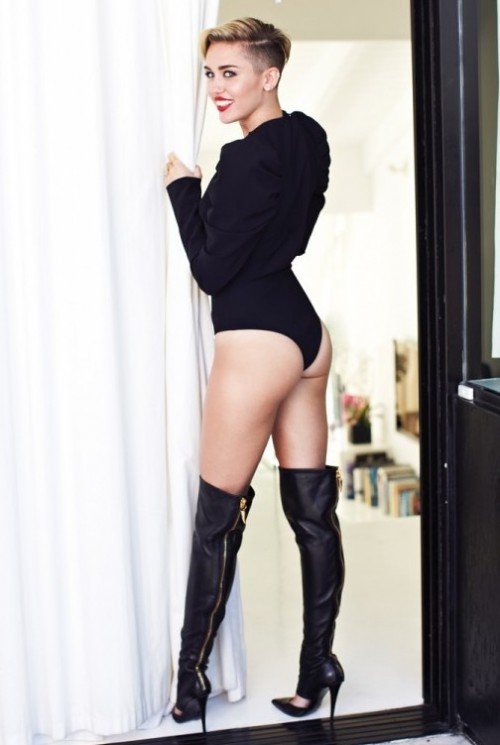 On the way MTV censored her VMA performance: “I was trying to slap Robin’s ass but no one saw it! Believe me! MTV edited so much. They cut almost everything I did. I’m proud of that performance.

I feel like music is really stale right now. I could have guessed what a lot of artists would have done that night.

The reaction to what I did has been insane. I think it was a breath of fresh air! For the people that don’t get it, you weren’t meant to.” 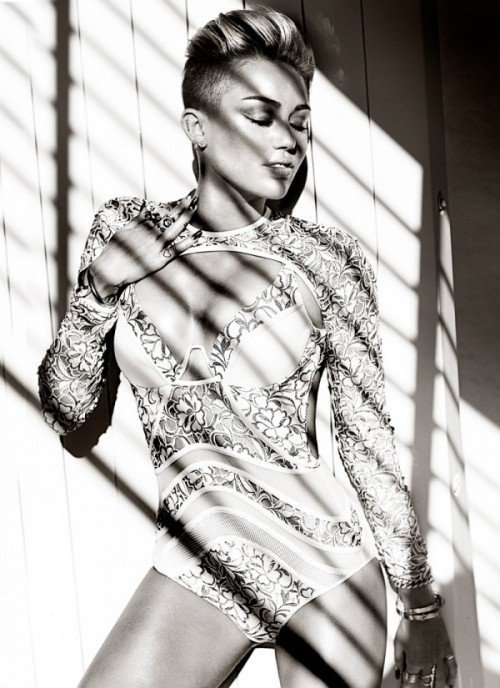 On critics and competition: “I feel like I’m in a different lane now. When it comes to critics, I have my blinders on and I don’t really feel like I have to compete with other pop artists.

I never think, ‘oh this performance is going to make her look bad or out-shadow her’ either but if there is no competition, there would be no reason for any of us to show up to work.

At an office, everyone is trying to be boss. Pop music is the same. What I wear adds a factor that other girls can’t compete with.” 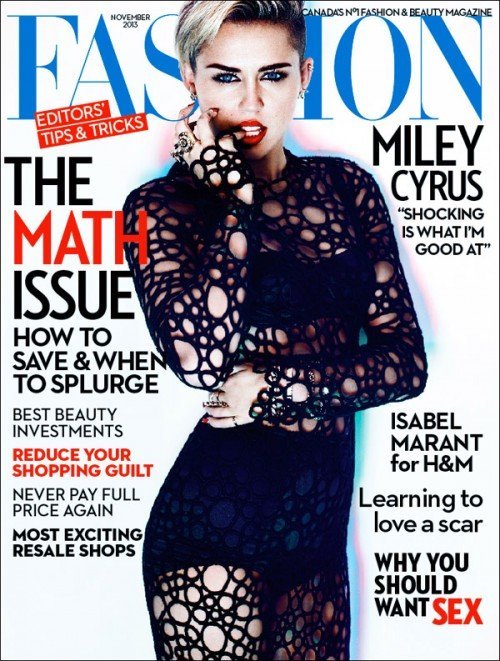 On “Drive”—a new song that alludes to her relationship with ex-boyfriend, Liam Hemsworth:

“I wrote it while I was working on Valentine’s Day—emotionally it was such a hard time. It is about needing to leave someone but not really wanting to completely cut yourself off from the relationship.

It’s a time when you want to leave but you can’t. It’s also about moving on.” 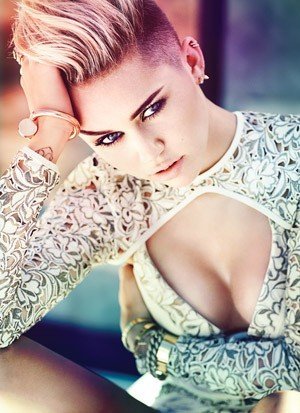 On taking style advice from Pharrell Williams: “I found what I wore on the red carpet to the VMAs with Pharrell.

It was a Dolce and Gabbana piece from 1992—the year I was born.

He saw it and said, ‘you have to buy it.’ I think that outfit added a factor that the other girls couldn’t compete with.

Pharrell says it’s not about what you’re wearing; it’s the way you wear it.

That was a lesson I took to heart. I think it is important that I execute a look better than other people. Fashion is what separates me from everyone else.”