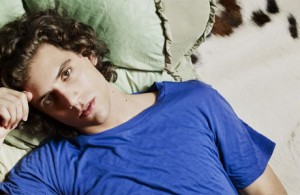 Mika will be a Belfast headliner at The Waterfront Hall for 13 February 2010, with tickets sure to be in huge demand. It is part of the UK and Irish leg of a lengthy Spring touring schedule.

The flamboyant singer has promised that â€œit will be a show and a halfâ€, saying â€œI have always tried to make my shows theatrical. I don’t know how to do anything by half.”

Mika’s second studio album, The Boy Who Knew Too Much, is just released and has already gone top 10 all over Europe. It was largely recorded in Los Angeles with producer and musician Greg Wells, who also produced the debut, and includes the huge hit single We Are Golden.

Doors 7.00pm. Tickets – Seated and Standing â€“ are Â£27.50 inclusive of booking fee from Waterfront Hall Box Office on 028 9033 4455 or at www.waterfront.co.uk . Tickets also available from all Ticketmaster outlets, online at www.ticketmaster.ie , and on their 24 hour booking line on 0844 277 4455 (sales may be subject to credit card charges and the commissions of agents).