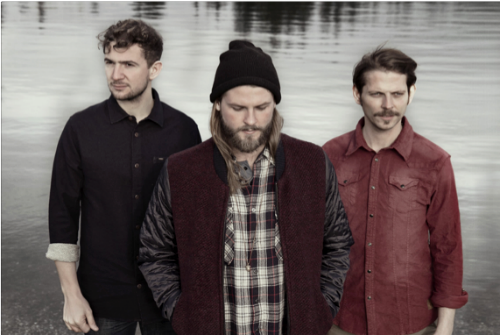 Mighty Oaks release their debut EP ‘Brother’ on Sep 22 via Island Records. Formed in Berlin by Portland, US native Ian Hooper, who moved to Munich to continue his studies in International Relations, where he met Italian Claudio Donzelli, and Somerset’s Craig Saunders at gigs in and around Hamburg. The trio became firm friends, moved out to Berlin where, they fell in love with the city, and focused solely on the notion of being a band…Here’s the video for ‘Brother’.

First up guys…. Why did you pick your band name? How did you form?

We are all originally from different places: Ian is from the States, Craig is from England and Claudio is from Italy. We all met at a small folk festival called Melodica in Hamburg and got along very well. So when we all ended up in Berlin a bit later, we started making music together which led us to where we are now. The band name comes from an American proverb that goes “Mighty oaks from little acorns grow”. We thought it was a good fit to us, as we used to be “little acorn” individual singer-songwriters before and were hoping to achieve something bigger and longer lasting together.

If you have to choose, what’s more important to you, the band or the friendship?

Friendship is obviously more important. Fortunately for us though, they go hand in hand. We couldn’t imagine one without the other and don’t think we’ll ever have to choose. The day we stop being friends is the day we’ll stop having the band. And if we don’t ever have to stop playing music, I don’t think we will. If so, we’ll definitely still be mates.

What’s the best and worst thing about Berlin?

It’s a super exciting and vibrant city, on the cusp of the present and full of young, creative people from all over the world. The cost of living is quite low, while the quality of life is quite high, especially when compared to other global capitol cities. Berlin does really lack natural beauty though: the big river running through the city ain’t so clean, it’s completely flat in, and around, the city, the ocean is far off, etc. It would be nice to be able to have the sheer beauty of mountains or the sea or deep, old forests. You can’t have everything though. 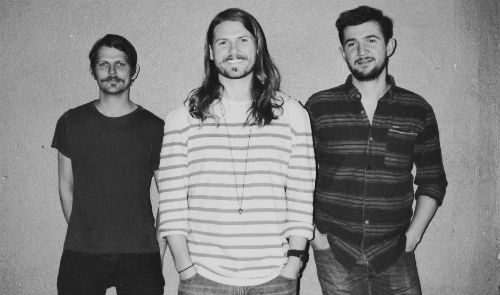 Can you talk about your ‘Brother’ EP?

It’s collection of tracks that should introduce listeners to us well. While we have grown immensely on the road as a band and as musicians since recording the tracks, they still represent us and we are very proud of the work that we put into the EP. It is a collection of music that speak so basic human emotions, whether that be friendship, love, family, or adventure, and we believe there is something for everyone in there. The songs should open up images in listeners minds and take them on a journey.

A lot of inspiration we get from the music that we listened to in the past. For instance, Ian grew up with bluegrass and Celtic music in his home, and also found American songwriters like Bob Dylan, Muddy Waters, and Tom Petty pretty early in his life. He is definitely influenced by this background, and that has driven us toward more folk-rooted music. But we all like a lot of different music from various genres ranging from electronic to classical, and find influences not only in music, but in the people and the world around us. So we also find inspiration from our own different life experiences and that gets translated into the music we make.

We’ve got LOADS of live shows coming up! We’ll be on our GOLDEN ROAD TOUR throughout Europe in November and December. The concert is a good 90 minutes of dynamics, of ups and downs, both sonically and emotionally. We are definitely much heavier live and put a lot of energy and fervour into the performance, so the show takes on a bit more of a rock concert flair, with a lot of soaring harmonies above everything. No one has complained yet, haha.


How did you feel performing to 20,000 people in Berlin whilst supporting Kings of Leon?

Supporting Kings of Leon was probably the most awe-inspiring show for us. It was at Berlin’s Waldbühne, a large forested amphitheater, in front of this great, huge audience. That was a real eye-opener, and a show that instilled in us the notion that we were on the right path with our sound. It definitely gave us the courage to keep on keeping on, and that was just over a year ago now.

The hardest part is the fact that you really open yourself up for criticism from people that have no clue who you are and really don’t take the time to understand you or your music before denouncing it as this or that. Don’t get us wrong, we’ve received overwhelmingly positive feedback from both industry and fans, and we couldn’t be happier or feel more fortunate. That said, once you start getting plays on the radio, and your videos start getting a lot of clicks, and your name starts to circle around a bit, everyone forms an opinion, and generally a fast one at that. It’s the age of the internet, where people are overwhelmed with content, and their attention spans suffer to the point that they don’t make enough informed judgements about things going on around them. Sometimes, we fall victim to that and we find that we’ve received labels or been categorized by radio or whatever, simply because people need to label you something in order to understand you. But…we’re living the dream anyway!

Great question. We’d like to try our luck with various other artists, because there are just so many bands we love: First Aid Kit and Bonobo definitely come to mind right away. We are going to start looking for our dream producers for the next round of recordings and we can hardly wait.

We’ve been playing a lot of festivals this summer and there are still a few to come. We are also looking forward to the UK release of our “Brother” EP on September 22nd and we’re stoked for our European tour to come up in November and December. Of course, we’ll be back in the UK and hope to see you London, Manchester or Brighton!