From guerilla gigs in local bars, to support slots with the likes of Ghostpoet and The Streets, Middleman have toured relentlessly, appearing at South By South West, Reading & Leeds, Latitude, Secret Garden Party and Kendal Calling, as well as a whole host of European festivals.

The crowds at Middleman shows are notorious for stage invasions, crowd surfing, relentless dancing and mosh pits, think somewhere between a club night and a punk gig. 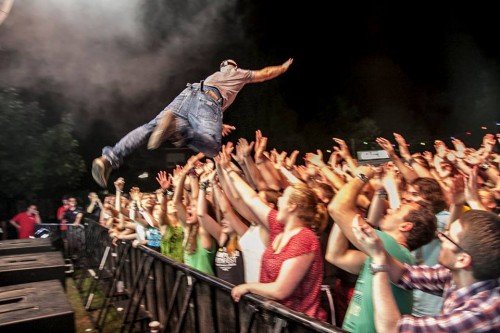 It hasn’t all been smooth sailing of course…The guys recently had armed police crash through their door after the old-lady across the road drastically misunderstood a photo shoot she witnessed, where the guys posed with toy guns and ‘robbed’ the old post office van they use for touring…