Designed to Dazzle with An Authentic Theatrical Experience for the Entire Family , Mickey Mouse, Minnie Mouse, Donald and Goofy guide audiences on a journey through the stories of three beloved princesses 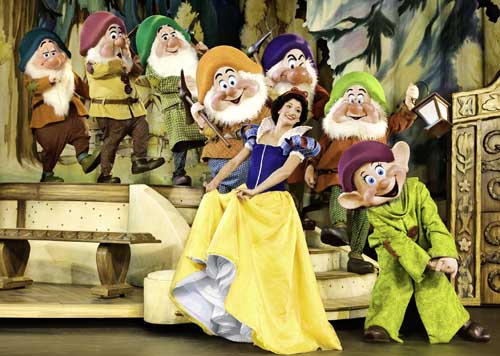 When the curtains are drawn back to reveal the newest stage show experience– Disney Live! presents Three Classic Fairy Tales, audiences will find themselves on an enchanted adventure journeying through the awe-inspiring stories of Snow White and the Seven Dwarfs, Cinderella, and Beauty and the Beast.

Mickey, Minnie and more than 25 of their Disney pals make appearances during this live performance where moments from each story magically come alive to create an unforgettable experience for kids and adults alike. 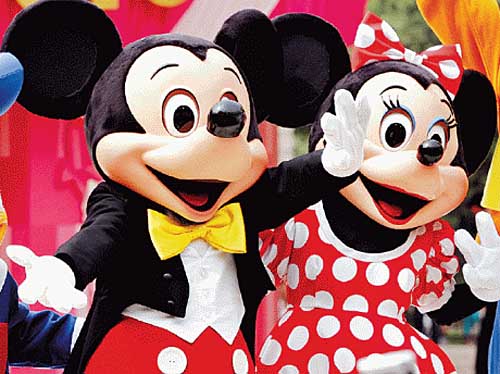 Produced by Feld Entertainment, this show is anchored amidst a transforming set, captivating choreography, innovative lighting and breathtaking costumes; all created to treat families to an authentically woven tale of happily ever after.

â€œWith genuine Disney characters, familiar songs and nostalgia hidden in each storyline, Disney Live! presents Three Classic Fairy Tales is one of the closest and most intimate Disney experiences that we have ever produced,â€ said Tony AwardÂ® winning producer and CEO of Feld Entertainment Kenneth Feld. â€œWhether the audience knows the stories or not, they will leave the show inspired by the quality of the performance and the unwavering spirits that these beloved princesses have.â€

Disney Live! presents Three Classic Fairy Tales begins when Mickey, Minnie, Donald and Goofy embark on an unexpected quest and find a magical storybook hidden in Mickeyâ€™s attic. The four pals curiously turns the pages and discover Snow White as she searches for her one true love, Cinderella getting ready for her magical night at the ball and Belle from Beauty and the Beast as she finds happiness in the most unusual place. Along the way, the audience will be invited to join in on the fun by solving clues, clapping along and singing time-honored songs, such as â€œBibbidi Bobbidi Boo,â€ â€œHeigh Hoâ€ and â€œBe Our Guest.â€

â€œThe interactivity in this shows and the connection that the audience will have with real Disney stars is unlike anything weâ€™ve done before,â€ said Producer Alana Feld. â€œWe wanted to create a show that evokes different emotions and in the end leaves moms, dads, kids and even grandparents with a smile on their faces and hope in their hearts.â€

This Disney Live! production features behind-the-scenes collaboration from some of the greatest creative talents in live entertainment. They were challenged to develop show elements that would appeal to audiences from around the world and also engage people that might be unfamiliar with the featured tales. The results are â€œbreathtakingâ€ asserts Director Sherilyn Draper.

â€œThese stories paved the way for us because the themes of courage, believing in oneself and love, are undeniably universal,â€ Draper explained. â€œWe wanted retell these tales with as much vivid detail and imagination as possible, but we also had to keep the show easy to follow. The audience will feel the care we put into the production by telling three inspiring stories in one grand experience.â€

This attention to detail can be seen throughout Scenic Designer Stanley Meyerâ€™s uniquely constructed set. Starting from Mickeyâ€™s attic, the set transforms into an enchanted forest where audiences meet Snow White as she wishes at well and they also encounter the Seven Dwarfs traipsing through the lush woods on their way to work. The set then transforms into a brilliant castle where Cinderella first laid eyes on Prince Charming. Finally, the set is converted into a quaint town in France where the story of Beauty and the Beast unfolds.

â€œI wanted the scenic presentation to be truly dramatic, created with enough flexibility to transform into many different environments and also easy enough to pack for long distance travel,â€ said Meyer.

â€œPaired with the lightening, the design will make audiences feel like theyâ€™re in a new destination with every scene.â€

The lighting takes front stage in Disney Live! presents Three Classic Fairy Tales and is key to helping expand the environment. â€œI wanted to create patterns that when projected off of different surfaces, it added new textures and dimensions,â€ said Lighting Designer Norm Schwab. â€œDuring Cinderellaâ€™s ball we created a scene so luminous that it feels delightfully enchanted. However, when audiences encounter the Evil Queen from Snow White and the Seven Dwarfs, they will witness thunderous hues of light created for a very different kind of enchantment; one that is almost chilling.â€

Beyond highlighting the elaborate set and stunning costumes, the lights also catapults the show toward the cutting edge of technology. The performers have sensors attached to their costumes so that lights can automatically follow wherever they move. In most other show, the light influences the performerâ€™s location on stage.

Tony AwardÂ® winning Costume Designer Gregg Barnes threaded together glittering embellishments to give the performers standout garments that sparkle and shimmer under the show lights by using lavish layers, exotic trimmings and yards of flowing fabric. He admits that the stories provided him with more than enough inspiration to create a vision for his stunning designs.

â€œWhatâ€™s spectacular about this production is that it lends itself to several different looks,â€ said Barnes. â€œIn one act, the audience will see incredible range in the costumes from the simple villagers in Beauty and the Beast to the glamorous gowns in Cinderellaâ€™s ball.â€

The combined talents of Choreographer Robert Mackey and Music Director Ted Ricketts had to be in tune to create different levels of emotions and tones for Disney Live! presents Three Classic Tales. â€œThe classic songs found in this show are sometimes elegant and soft, and sometime very upbeat. They allow a variety of high-energy movements, sharp precision and elegant formation,â€ said Ricketts.

â€œThere is an element of regality and romance when Belle and her Prince dance their first dance to the song â€œBeauty and the Beastâ€,â€ said Mackey. â€œBut within that same story, we are also able to give a high impact performance when Gaston sings, moves about boastfully and creates a ruckus in the local tavern.â€

For Mickey and his pals, the enchanted storybook becomes a place full of wondrous adventure; and for audiences, Disney Live! presents Three Classic Fairy Tales is where they will share in laughter, singing, dancing and good family fun.

â€œThis show was built specifically for families, for kids, for people familiar and unfamiliar with the stories and for everyone that believes dreams really do come true.â€ added Kenneth Feld. â€œWe want them to walk away with a feeling of wonderment and the memory of a heartwarming live experience!â€

Tickets from Â£17 & â‚¬20 including booking fee on sale Friday 19th February from: