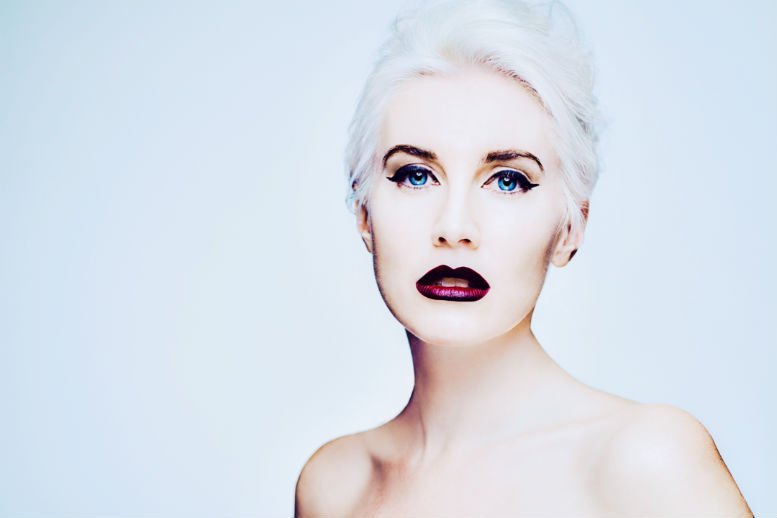 Toronto-based, Scottish singer/songwriter talks about “unrealistic expectations and judgement” in modern day society and the Seth Mendelson-directed video (with a message), for her new single ‘1954’, a shiningly sassy pop tune lifted from her debut EP.

Why did you decide to not make a ‘pretty’ video for your new track, but instead a single-take with a message?

Because I wanted to be true to the song I wrote. I’m so passionate about this track and I really wanted the message of “1954” to come through loud and clear. The ‘single-take’ concept was the video director’s idea to capture the raw, real emotion of what I was experiencing. It also creates this unrelenting feeling for the viewer, which digs even deeper to the concept and meaning of “1954.”

The true meaning of “1954” will be different for each listener as everyone has different and experiences in life. But for me, “1954” it’s about how unrealistic expectations and judgement have no business existing in modern day society and the video really expands on that from a female perspective.

The song is not at all gender biased but I wanted to approach the video from something I experience. The video also delves into a deeper message of have we really moved on as far as people think….?

Who / What has helped you the most get to where you are today?

There are so many people that have helped me along the way but certainly there are a couple key people that stand out for me. My parents have been incredibly supportive (even though i think they secretly wanted me to be a lawyer!), my team is incredible – we are very small but they are smart, loyal and supportive and also my closest friends are a huge help emotionally.

They are always supporting me and there for me not matter what, even if it is just for a nice girlie chat! I also think my work ethic has played a large part in helping me get to where I am.

This business is not for the faint of heart, it can be so brutal at times. However, I still believe that hard work and talent wins no matter what obstacles you face.

That’s an interesting question. I actually don’t think it is. I think some artists can be quick to complain because they haven’t had that ‘hit’ or they haven’t been signed to that massive label deal. Is there a lot more competition in today’s industry, yes. Is it difficult to rise above the noise, yes.

However, we independent acts have such incredible platforms at our disposable – YouTube, Tunecore or any other 3rd party music platform, digital music stores, music bloggers etc. It is actually very easy to be an artist and put music out there.

Before the internet, other musicians/artists/songwriters didn’t have the opportunities to reach the masses like we can. Having said all that, it is hard to make money as a new artist. I’m not talking about making mega money, I’m talking about making enough money to just pay rent and bills.

The industry has changed so much and the business isn’t as lucrative as it once (especially if you are a songwriter). If you don’t have an established brand, it is hard to make money to survive. However, none of us are in this business for the money, we all love what we do and are completely obsessed with music!

Max Martin. He is the most incredible producer and songwriter that is behind all of the biggest pop hits. I would happily cut off a limb to work with him!

Yes! I’ve already played a couple live shows in Toronto and will hopefully be taking the show internationally toward the end of the year. The show is so much fun, it’s very high energy and a total party! I have a incredible band of amazing musicians and they really bring a different element to the live show. There is nothing more amazing than playing live and I can’t wait to take the show on the road.