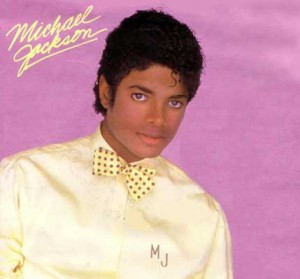 Sony Comments on the Passing of Michael Jackson
NEW YORK, NY â€“ June 25, 2009 â€“ Michael Jackson, one of the most widely beloved entertainers and profoundly influential artists of all-time, leaves an indelible imprint on popular music and culture.

Commenting on his passing, Sir Howard Stringer, Chairman, CEO and President, Sony Corporation, said: “Michael Jackson was a brilliant troubadour for his generation, a genius whose music reflected the passion and creativity of an era. His artistry and magnetism changed the music landscape forever. We have been profoundly affected by his originality, creativity and amazing body of work. The entire Sony family extends our deepest condolences to his family and to the millions of fans around the world who loved him.”

Rolf Schmidt-Holtz, CEO, Sony Music Entertainment, said: “Michael Jackson’s unsurpassed artistry and beloved music brought joy to every corner of the world. We join today with his millions of fans in expressing our profound sadness and we offer our deepest condolences to his family and loved ones. It was a true privilege for all of us in the Sony Music family to work with one of the most talented superstars in the history of music. We will miss him greatly.”

Martin Bandier, Chairman & CEO of Sony/ATV Music Publishing, said: “Michael was the kind of amazing talent that comes along once in a lifetime. He was an incredible recording artist, an insightful businessman, an unmatched performer, and a true icon. To all of us at Sony/ATV Music Publishing, he was also a trusted and passionate partner, who was very proud of our accomplishments. He will be dearly missed. We wish his children and entire family our deepest condolences.”

Five of Jackson’s solo albums â€“ “Off the Wall,” “Thriller,” “Bad,” “Dangerous” and “HIStory,” all with Epic Records, a Sony Music label â€“ are among the top-sellers of all time. During his extraordinary career, he sold an estimated 750 million records worldwide, released 13 No.1 singles and became one of a handful of artists to be inducted twice into the Rock and Roll Hall of Fame. The Guinness Book of World Records recognized Jackson as the Most Successful Entertainer of All Time and “Thriller” as the Biggest Selling Album of All Time. Jackson won 13 Grammy Awards and received the American Music Award’s Artist of the Century Award.

Michael Jackson started in the music business at the age of 11 with his brothers as a member of the Jackson 5. In the early 1980s, he defined the art form of music video with such ground-breaking videos as “Billie Jean,” “Beat It” and the epic “Thriller.” Jackson’s sound, style and dance moves inspired subsequent generations of pop, soul, R&B and hip-hop artists.
www.michaeljackson.com