Michael Jackson spent his final days in the house that Hadid built. International real estate developer and close friend of Michael Jackson, Mohamed Hadid, spent some of Jackson’s last days with him, and, is now speaking out about Jackson’s health and state of mind during the last few weeks before his untimely death. 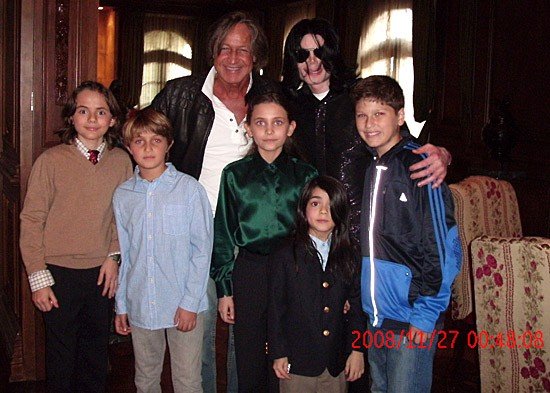 Now in an effort to show a side of Jackson that the public did not get to see his role as a loving father whose children brought him tremendous joy — Hadid is sharing never-before-seen photos of Jackson with his children as these were some of Jackson’s happiest moments.

“Michael and his kids were just over for dinner three weeks ago. Our families got together regularly as our kids are about the same age, and we even spent last Thanksgiving together. He was healthy and strong and very excited about starting his new tour in London”said real estate developer, Mohamed Hadid.

“His death comes as a complete shock to us. There was no indication whatsoever that he might not be healthy.

He was an extremely kind and generous person and will be missed, but my family and kids will continue to be there for his children and family during this difficult time and beyond” he added. 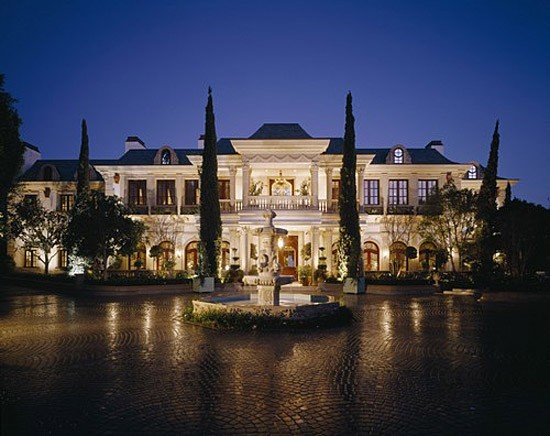 Michael Jackson’s rented Carolwood home in Holmby Hills is located in the Westwood district of Los Angeles, Calif. and was designed and built by Hadid Development and Mohamed Hadid.

The 22,000-square-foot mansion is located on one and one-half acres of land, is valued at $40 million, and is where Jackson spent his last days with his three children.

Hadid and his family had previously lived in the mansion, which he built in 1999, for three years before selling it to a private investor.

Jackson was leasing it for $100,000 a month from the investor, who purchased the property from Hadid in 2004.

Originally, Jackson was interested in purchasing another Hadid home located at 630 Nimes Road in Bel Air also known as ‘Le Belvedere’, which is currently on the market for $85 million and is where Hadid currently resides.

But Jackson decided that 50,000 square feet was more space than his family needed and decided to rent the 22,000-square-foot Carolwood home instead, which he felt better suited their needs.

According to Hadid, Jackson spent his final Thanksgiving holiday with his family and Hadid’s family at the Nimes property, where he expressed thanks for his three healthy children, all of the love from his fans around the world, and his close friends whom he cherished greatly.

Hadid played host for several days and nights, as they spent a long Thanksgiving weekend at his home.

They enjoyed family dinners, breakfasts and lunches together, shared stories, laughed and told jokes, and watched some of their favorite old movies together in Hadid’s 60-seat opera house-style home theater.

“Michael loved spending quality time with his children” recalled Mr. Hadid. “This is when he was the happiest” he added.

Incidentally, a photo of the 50,000 square-foot Nimes property in Bel Air that Jackson was originally interested in buying and where Hadid currently resides is featured on AOL as one of ‘America’s Most Expensive Homes’.

The “South Mapleton Drive”, “North Carolwood Drive” in Holmby Hills and “Nimes Road” and “St. Cloud Road” in Bel Air, are the most prominent and famous residential streets in all of the platinum triangle.

Many Hollywood megastars and industry executives such as television producer Aaron Spelling, former Hollywood power couple Brad Pitt and Jennifer Aniston and Playboy founder Hugh Hefner (whose home is better known as the Playboy Mansion) currently reside or have previously resided in the area.

In the 1950s, Walt Disney built his dream home in the ‘Platinum Triangle’ which featured a miniature steam railroad, complete with 300 feet (91 m) of track and a 90-foot (27 m)-long tunnel.

For more than 30 years, Hadid Development and Mohamed Hadid have offered unsurpassed vision and development acumen to the world.

Focusing on projects considered by many to be insurmountable, Hadid’s insight coupled with his fusion of business desire, elegance, perfection, and the belief in stretching the realm of possibility, has led to his creations.

Mohamed Hadid, has developed more than 15 Ritz-Carlton hotels with his company Hadid Development, and travels regularly to Europe to shop for antiques and accessories.

For more information on Hadid Development or any of the Hadid properties, please visit www.mohamedhadid.com.