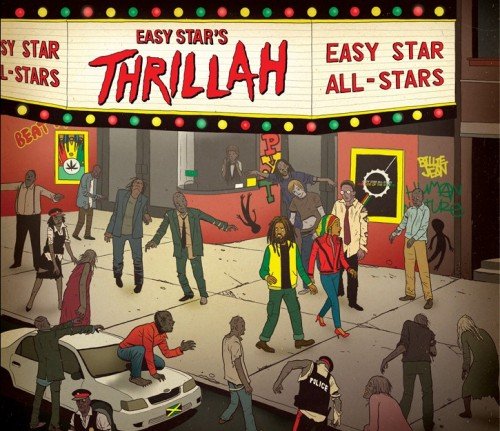 Michael Goldwasser is a man who has brought the musical genre of reggae to the masses. His imaginations of some classic albums (non related to reggae) have assisted this also.


His take on the work of Michael Jackson has been very well received this year too. We caught up with Michael during their recent tour to chat about his band and what reggae means to the world.


Hi and thanks for chatting to me. The band have been touring for a while now, how do you keep it fresh when performing?

We drink and smoke a lot before each show, so we never know what’s going to happen. No, seriously, everyone in the band feeds off each other, the crowd, and the songs. It’s a vibe that never gets tired.

Some musical genres drop out of favour. But Reggae has been one of the few constants, why do you think that is the case?

Several reasons. One is that the basic beat of reggae is irresistible – people are always going to want to go out and dance no matter what the times may bring.

But also, the subject matter of many reggae songs is timeless and universal, whether it’s a love song or a song about social justice. And it doesn’t hurt that reggae is associated with smoking cannabis – that’s never going to go out of style! 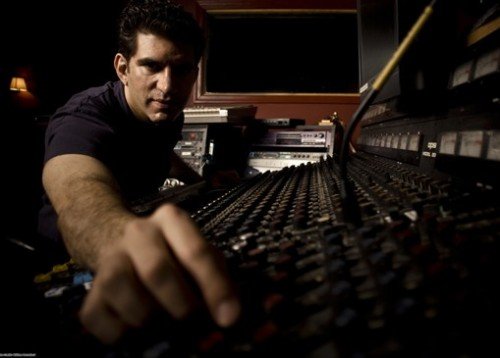 I love the idea that you as a collective have deconstructed classic albums and made them your own. Where did that idea come from and have you any more in the works?

The idea came from one of my partners in Easy Star Records, Lem Oppenheimer. He is a big fan of Pink Floyd and Dark Side of the Moon, and one day, several years after we had started the label, the idea of doing a reggae version struck him as he was listening to the original.

Since that idea, we’ve tried to keep doing albums that balance popular appeal and forcing us to push the boundaries of what we do.We don’t have the next album selected yet, but we’d like to continue doing this.

Tribute albums can be tricky, yet you as a band seem to have mastered it. What is your secret?

It’s about respecting the original work and having a deep knowledge and love of reggae. We spend a very long time crafting each album and considering the details – I spend many months just writing the arrangements before I even call the musicians in to the studio.

What cans fans expect from an Easy Star All Stars live show?

Well, it’s the only show where you’re going to hear Michael Jackson and Radiohead back-to-back with it making perfect sense. We’re going to play a lot of tunes from Easy Star’s Thrillah but also songs from Dub Side of the Moon, Radiodread, and Easy Star’s Lonely Hearts Dub Band, plus some originals.

Fans of huge stars can be very protective of their favourite artists work. Did you have any worries about tackling the work of the late Michael Jackson?

Not really. Anyone who listens will hear that we have a lot of love and respect for the material. We know that you can’t please everyone, but we feel good about what we’ve done.

Is there a wish list of classics to put your own spin on?

I have my own personal list, yes, but I can’t reveal it yet.

Can I ask you how the collective formed and was there a grand plan when you did?

The band started as a studio thing. When I co-founded the label with three friends, we first just started recording singles, with the goal of compiling them onto a cd, which wound up being Easy Star Volume One.

So for each session, I would get together whichever other musicians I thought would be good for that song or songs to play with me. We decided to call the band “Easy Star All-Stars” since we wanted to brand the name “Easy Star” and the musicians were from an all-star cast of NY’s finest reggae players.

So there was no grand plan at that time to take the band on the road and do these tribute projects – we just wanted to record great reggae.

Do you ever tired of touring?

Actually, I’ve somewhat retired from touring myself. I found it quite difficult to have enough time to produce these and other records if I was on the road much of the time. So now Shelton Garner, Jr. has replaced me as the live guitarist and musical director.

Music fans have their own idea of what life is like on the road when a band tours. What can you tell our readers about your experiences?

Life on the road can be really, really stressful sometimes, but a lot of it depends on the group of people that you are with.

I’ve toured with bands where I felt really miserable because some of the other people were not very nice nor considerate, but one of the great things about the Easy Star All-Stars is that everyone who is in the overall touring collective is a really cool, nice person.

Besides that though, I have had some amazing times on the road, getting to meet people all over and seeing places that I would not have seen otherwise.

Finally have you any words for fans old and new?

I am truly grateful for all of the support that we’ve received over the years. We know that we sometimes ask the fans to stretch the boundaries of their musical tastes, and we appreciate that they are down for the ride.
michaelgoldwasser.com
©FAMEMAGAZINE.co.uk