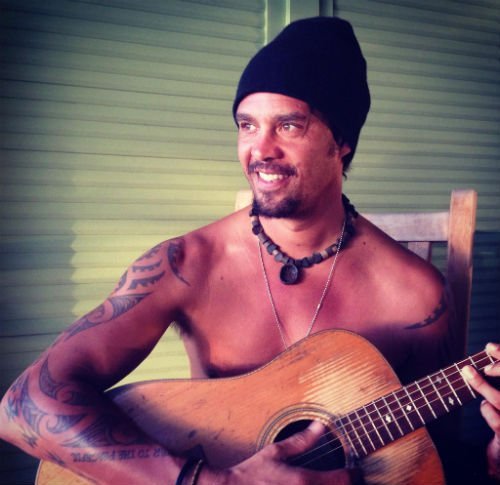 For the last 20 years, Michael Franti, the 6ft 6 San Francisco based singer-songwriter-guitarist and philanthropist, sings about what moves him, he knows how it can inspire, uplift and make people want to dance or cry.

Michael Franti and his band Spearhead’s new album ‘All People’ (out now via Boo Boo Wax/Capitol Records), is a classic for peace lovers everywhere. The perfect soundtrack for beach days, holidays, kicking back and enjoying the scene…

Can you tell us 5 things we must know about your tenth album ‘All People’ and the new single ‘I’m Alive’?

1. The new “All People” album is a celebration of diversity. I believe that all 7 billion of us on this planet are significant.
The best way to celebrate diversity is to make someone else feel significant. “I’m Alive” is a manifest of appreciating every precious drop of life we have on this earth.

2. This record draws upon all of the influences of my life & puts it all on one record. It incorporates influences from punk, rock, dance, political events, personal experiences, & love.

3. Many of the songs on this record are about gratitude for how precious life is. My son was just diagnosed with a rare kidney
disease and is losing kidney function. At the same time, my girlfriend’s mom is undergoing chemo therapy for breast cancer. We never thought that this would happen to us but it is bringing our families together in a way we never would have imagined it would.

4. This is a good record to play loudly. We wrote all of the songs while on tour – in hotel rooms & in venue dressing rooms.
We were able to test them out on live audiences throughout the process.

5. This is our bands 20thmusic. None of us thought that we would still be together after so long. I have more passion for music making today then I’ve ever had. I got into music because I believed that it is possible to change the world through music – I still believe that. 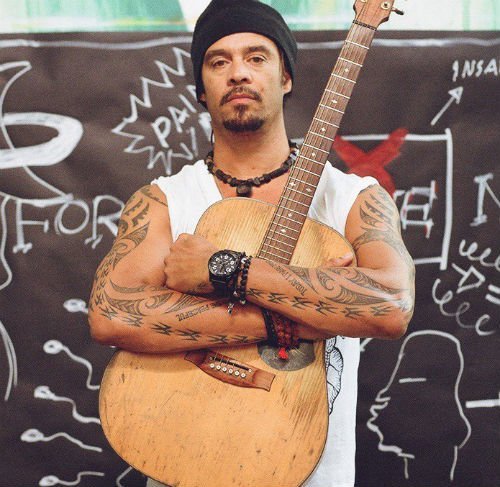 When I was a kid, I was adopted by the Franti family. They were Finnish Americans and had 3 kids of their own when they adopted me. I grew yup in a mixed household but all of us kids were treated the same. My mom always said that she wanted to give each of us wings and she did. She taught us to cook so we cooked our own meals. She taught us how to do laundry so we washed our own clothes….etc.

I learned early on how to be independent. That has helped me as a human, an individual, and as a musician.

What are your fondest musical memories?

28 year of making music and still doing it. That is a dream come true. I love to look out into the crowd and see people get transformed by the music. They come to the show carrying the stress of the day and leave feeling a little bit lighter and a little bit taller. To me that’s the greatest gift. 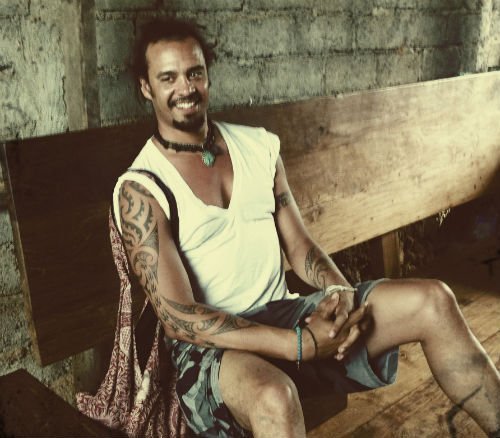 When I’m at home: I wake up, take my son to school, come home and work in the music studio, practice yoga, go for a run, cook, pick up my son from school & hang out with him (possibly go to a sporting event or concert), work on more music, and then go

When I’m on the road: I wake up, usually have an interview or radio in-studio performance, then soundcheck at the venue, record/write songs backstage, meet & greets with the fans, play the show, meet with fans after the show, hang out with my bandmates and then head to bed. 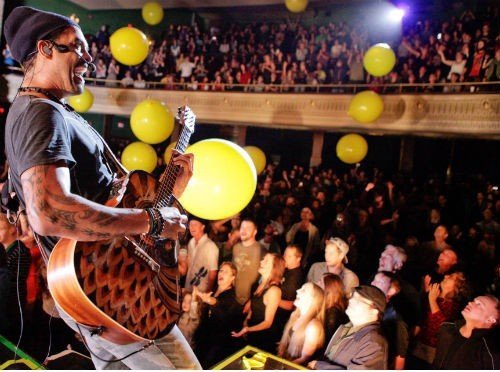 What is your my pre-show shuffle playlist?

It changes every day. Sometimes before a show I listen to my old songs ( so I can remind myself of the lyrics! Haha) or I’ll listen to dance music to get pumped up. Other times I’ll listen to old school reggae to relax & chill out. There are even time when my bandmates and I will jam out together before jumping up on stage.

Beginning next week on June 19th Soulshine Tour – a yoga music tour in North America. I’m also working on a new documentary called, “11:59” about 4 people that have inspired me. Keep updated by checking my website michaelfranti.com .