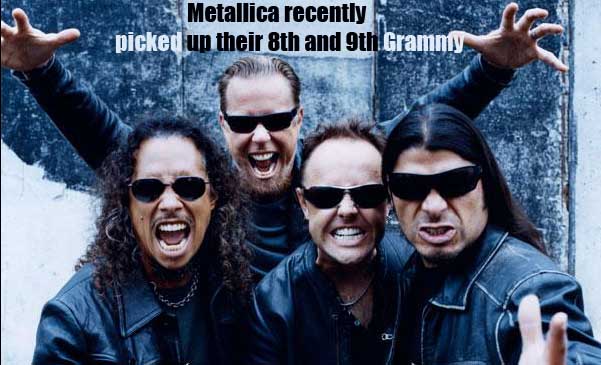 Metallica are confirmed for an outdoor concert at Marlay Park, Dublin on Saturday 1st August 2009. Tickets On Sale Tuesday 10 March
Formed in Los Angeles in 1981 by drummer Lars Ulrich and guitarist and vocalist James Hetfield, Metallica has become one of the most influential and commercially successful rock bands in history. 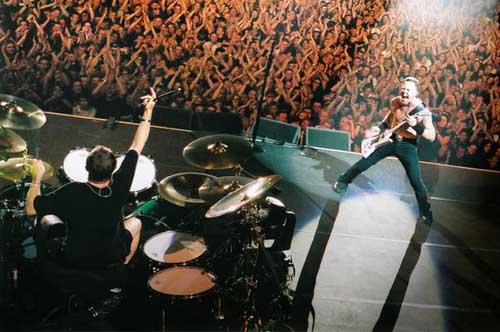 The band have sold 100 million albums worldwide and played to millions of fans the world over. Metallica have garnered numerous awards and accolades including nine Grammy Awards and multiple MTV Video Music Awards. Their 1991 album Metallica has sold 15 million copies in the United States alone and was awarded the prestigious Diamond Award from the Recording Industry Association of America, an award given to those albums with U.S. sales of 10 million or more.

Metallica recently picked up their 8th and 9th Grammy for Best Recording Package for their most recent album Death Magnetic and Best Metal Performance for My Apocalypse.

Special guests of Metallica are Avenged Sevenfold, Alice in Chains, Thin Lizzy, Mastodon, Lamb Of God and The Sword.
METALLICA LIVE AT MARLAY PARK – DUBLIN
Saturday 1st August 2009, subject to licence.
Tickets On Sale Tuesday 10 March
Tickets priced Euro76.50 including booking fee will go on sale this Tuesday 10 March at 9.00am. Tickets will be strictly limited to 8 per person.
ticketmaster.ie